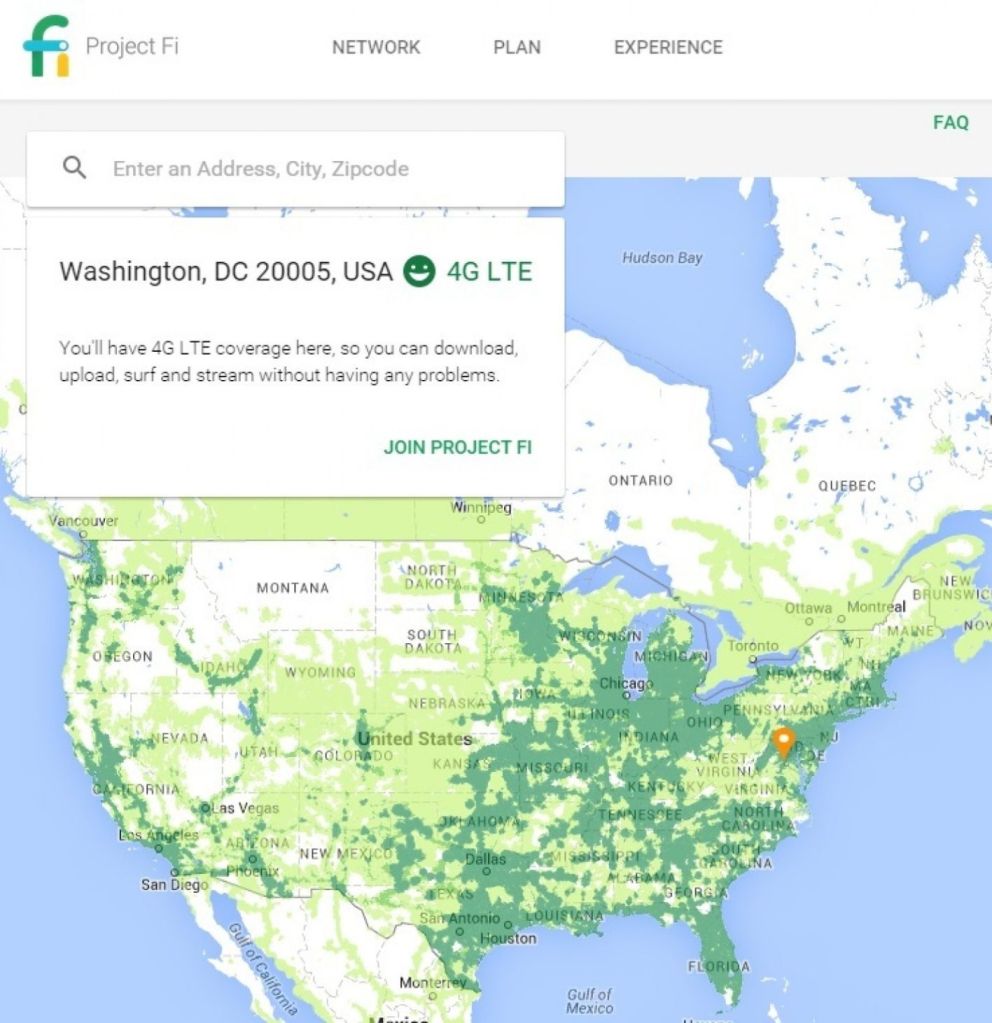 Google made its long-awaited jump into the wireless market Wednesday with its new “Project Fi,” a program with a lofty goal: to kill the dropped call.

How, you may ask? The project’s goal is to have users’ phones switch seamlessly between WiFi and cellular networks, even mid-call. Most people probably have a room or an area in their office where their cell signal does not reach, for whatever reason. In theory, this should get rid of that problem.

Google had already confirmed that it was planning to launch its own cell service in March, but this is the first time it’s offered concrete details about how that will work and how people can sign up.

The project is currently invite-only and will only work with Google’s Nexus 6 handset during the early access period. If you don’t have one already, you will be able to buy one from Project Fi. The phone currently costs $649, unlocked, at the Google Store. The service won’t be available everywhere, either. Google’s coverage map shows that it most readily available on the East Coast.

Using the WiFi networks allows Google to cut costs that can be passed onto consumers. Project Fi plans start for as little as $20 per month for basic talk and text. If you want to add data — which you definitely would — it’s another $10 per month per gigabyte. Verizon estimates that most basic smartphone users use between 1 and 2 GB of data per month. But if you’re a heavy video and music streamer, download a lot of apps or otherwise use a lot of data, you may want to use more than that.

And in the case of Project Fi, it won’t actually matter if you overestimate the amount of data that you want to use — anything you have left over at the end of the month will be credited to your account for the next month. Google’s not the only carrier to do something like this — Republic Wireless announced this week that it would even pay users cash for their unused data — but it’s still a fairly novel idea for the wireless world.

It will also be interesting to see how the move affects the wireless industry, which has already seen plenty of disruption in the past couple years as customers have signaled they want to move away from the traditional two-year contract.

Google’s partnering with T-Mobile and Sprint to launch the service, using their cellular networks to keep people connected when they’re not near a WiFi network that they can access. In a blog post, T-Mobile chief executive John Legere said that he’s excited to partner with Google, even though it means facing off against another wireless competitor. “Anything that shakes up the industry status quo is a good thing — for both US wireless customers and T-Mobile,” Legere wrote.

In a statement, Sprint said it’s “proud to enable Google’s entry into the wireless industry as a service provider.”

Of course, Google’s undoubtedly paying to use both networks — a standard practice for smaller wireless companies that piggyback on bigger company’s networks. Sprint declined to comment on the financial terms of the deal; T-Mobile did not immediately respond to a request for comment.

If that sounds interesting, even after the caveats, you may want to head to Google’s Project Fi page to sign up and make sure that you will have a good connection in your area. Those who sign up are told to expect more details in the coming weeks, as Google is “sending a small number of Project Fi invites each week.”