Guess how much change gets left at airport security? 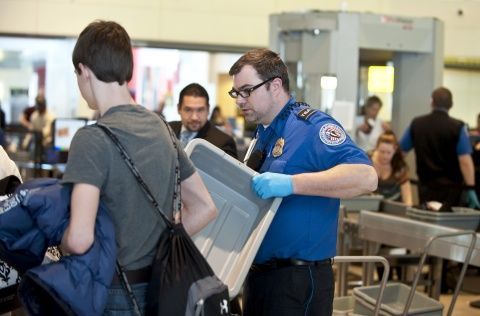 WASHINGTON — All that spare change you removed from your pockets during the screening process at Dulles Airport last year — and then forgot — added up to a whopping $22,037.55.

Dulles is among the top 10 airports where passengers collectively leave hundreds of thousands of dollars unclaimed each year. When the coins left at all U.S. airports last fiscal year were added up, they totaled $674,841.06, according to the Transportation Security Administration.

Travelers through the Washington area’s three major airports left behind $40,106, more than half of which was left at Dulles. Dulles ranks No. 8 in the list of U.S. airports where passengers leave the most unclaimed money. It is a mystery why passengers tend to forget their cash at Dulles more than at Reagan National or Baltimore-Washington International — which has more travelers. BWI is the region’s busiest airport with 22.3 million passengers in 2014. By comparison, 21.6 million flew through Dulles last year and, 20.8 million flew through National.

You’d think that with a tough economy of the past few years, travelers would be extra careful not to misplace cash. But TSA data suggests that each year since the recession, more cash has been left behind. The result has been an additional $3.5 million for TSA coffers over the past eight years.

“TSA makes every effort to reunite passengers with items left at the checkpoint,” TSA spokesman Ross Feinstein said. Typically the unclaimed cash is loose coins that passengers remove from their pockets at the security checkpoints, and in most instances it seems too much of a trouble for passengers to return to claim it.

In 2005, Congress gave TSA the authority to spend unclaimed money on security operations, so the agency is using the funds to expand its Pre-Check program, Feinstein said. That program, designed to speed travelers through airport security, recently hit a big milestone with the enrollment of its 1 millionth passenger.

According to the TSA, these are the top airports contributing to the growing reserve:

So, unless you just want to make a donation to the government, the next time you’re at security, in a hurry to get to your gate, remember to grab your change.