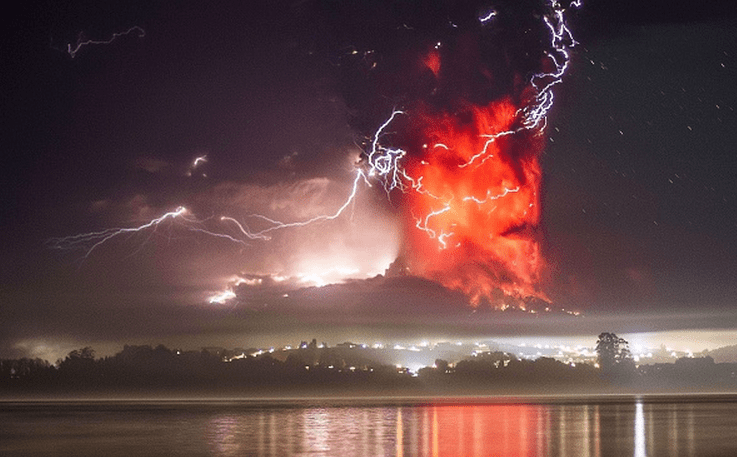 The eruption of the Calbuco volcano in southern Chile on Wednesday produced a massive plume of smoke and ash visible for miles.

Nearby towns in the sparsely populated region were evacuated after the surprise eruption, the first from that volcano in 42 years.

Photos and video of the event have spread rapidly all over the world, including some showing lightning amid the eruption, a relatively common phenomenon caused by static electricity in the plume of smoke and ash.

Watch a time-lapse video of the eruption below.