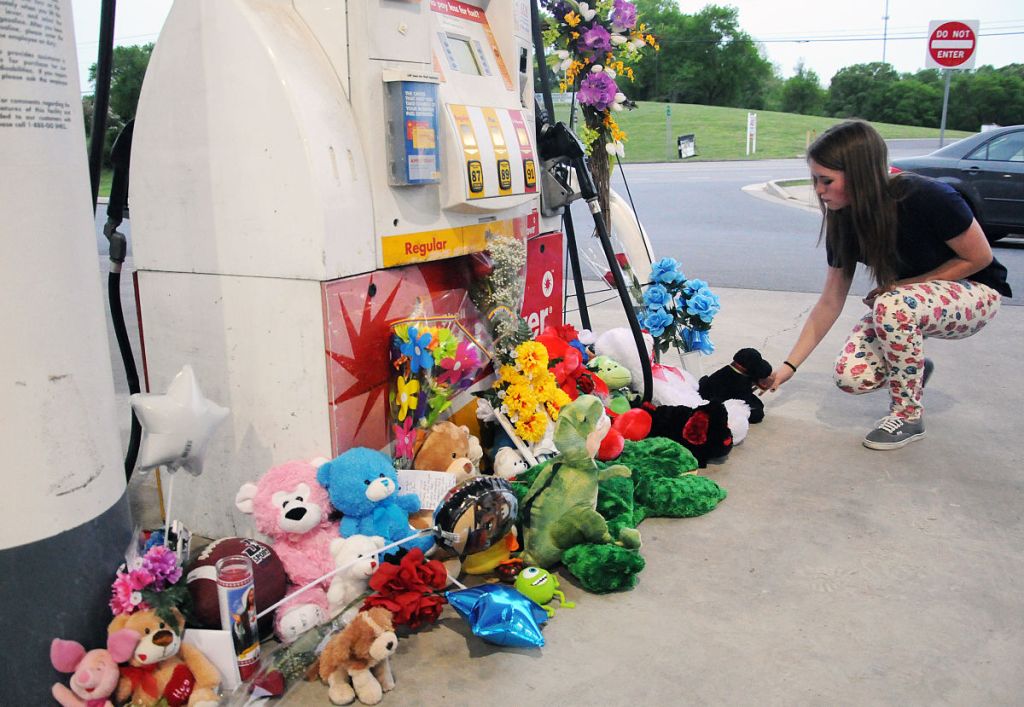 The sister of a Georgia woman slain in a double murder-suicide on Thursday said she had feared the worst for her as her relationship with her boyfriend of more than a decade deteriorated to a point where the couple had separated.

Melissa Ball and her 8-year-old son, Grayden Lee Whitmore, were shot and killed by Christopher Eric Whitmore at a convenience center in Varnell, Ga., Thursday evening. Police believe Eric Whitmore, Grayden’s father, then turned the gun on himself.

Melissa Ball’s sister, Mandi Ball, said she thought it was only a matter of time before Eric Whitmore would resort to violence.

“I expected him to kill himself, and I even thought and mentioned it to other people that he wasn’t stable and would kill them all,” Mandi Ball told the Dalton Daily Citizen. “I told my mom a couple of weeks ago that this was going to happen, but I couldn’t make (Melissa) get out of that situation. There are warning signs and we should have all seen it.”

Mandi Ball said Melissa endured a pattern of mental and physical abuse for years at the hands of her live-in boyfriend, who she shared a child with. But the two had separated earlier this year, and Melissa Ball had been living with her grandmother after finally not being able to stay in the relationship with Eric Whitmore any longer.

“She had been so mentally abused over the years,” Mandi Ball said. “He threatened to kill her a lot. He had told her so many times, she didn’t take it seriously. She knew that he was crazy, but I don’t think that she ever believed he would really hurt Grayden.”

A check of police records revealed that Eric Whitmore, 36, had never been arrested on a domestic violence charge in Dalton or Whitfield County, had never been convicted of a felony there and legally carried a gun permit. Whitfield County Sheriff’s Office Capt. Rick Swiney said Whitmore had arrests in 1996 for theft, 2003 for deposit account fraud, two arrests in 2005 on a probation violation, traffic charges and a child support order, and finally in 2008 for driving on a suspended license. But there was never a complaint of domestic violence.

“If you met him, you would never think that he was like that,” Mandi Ball said. “He was just your average guy, but he was totally different with my sister. I don’t understand it and I never will. He was just very controlling with her. He wouldn’t let her do anything as simple as dyeing her hair. He kept her beat down.”

Mandi Ball said her sister had been in contact with the local district attorney’s domestic violence unit about taking out a temporary protective order against Whitmore. She had planned to meet with them this week, but postponed the meeting until Monday.

“I tried to help, but I felt like the entire system and safety net let her down,” Mandi Ball said. “It is just very tragic and still seems unreal to me. I can’t imagine anyone doing that to a kid.”

The Dalton (Ga.) Daily Citizen contributed to this story.