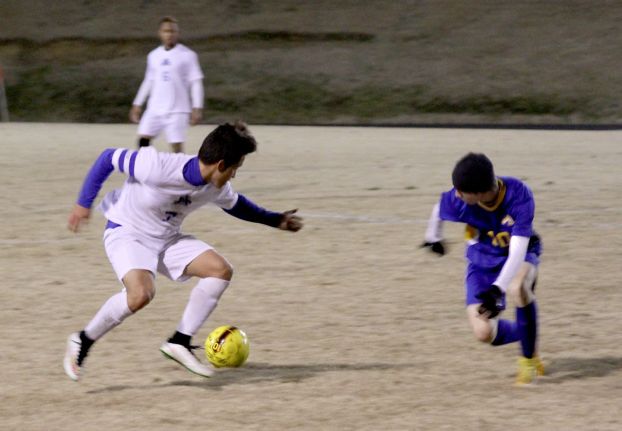 CAIRO – The Americus-Sumter Panthers soccer team lost 4-1 to Cairo in their final region match of the season.

The team trailed 3-0 at the end of the first half. The Panthers made some adjustments to their playing strategy and broke even in the second half 1-1, leaving the team looking at a 4-1 defeat at the final buzzer.

The Panthers’ lone goal came on a cross to Frankie Gonzalez, who headed the ball in.

Panther head coach, Greg Fowler told the Times-Recorder “We played a great second half against an undefeated region team. We were pleased with our play and look forward to another game with Cairo next year. This young Panther team is having an incredible season considering we lost 13 players off of last year’s squad, 10 of them seniors.”

With the defeat, the Panthers wrap up their regular season with an 8-8 overall record. The team is currently 6-4 in the region.