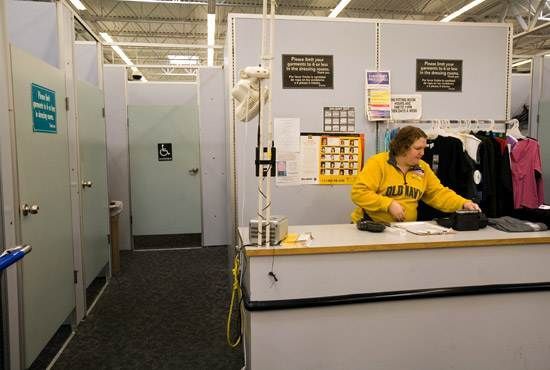 Police answering a call Sunday at a Wal-Mart store in Corsicana, Texas about a possible shoplifter turned up cell phone photos of women trying on clothing in the store’s changing room.

Bratton said Cervantes is alleged to have photographed and/or videotaped images of three women in the store between 4 p.m. and 9 p.m. Sunday. Bratton said the individuals photographed in the changing rooms were white or Hispanic adult females.

“One of the women was trying on a white bathing suit, the other two were trying on bras,” Bratton said.

Bratton said investigators believe Cervantes took the photos from an adjoining changing room in the store by sliding the cell phone camera under the partition between the changing booths.

Bratton said they are asking for women who may have tried on those items in the store’s dressing room Sunday to contact detectives.

“It’s our belief they are not aware that they were photographed and videotaped in various stages of undress as they were trying on the clothes,” Bratton said.

Cervantes posted a $20,000 bond on the charge and was released from the Navarro County Jail.

A call to the Corsicana Wal-Mart store seeking comment was referred to the corporate media relations department.

“We are fully cooperating with the police at this time,” said Aaron Mullins, a spokesman for Wal-Mart.