PHOTOS: Take me out to the ball game . . . without the crowd 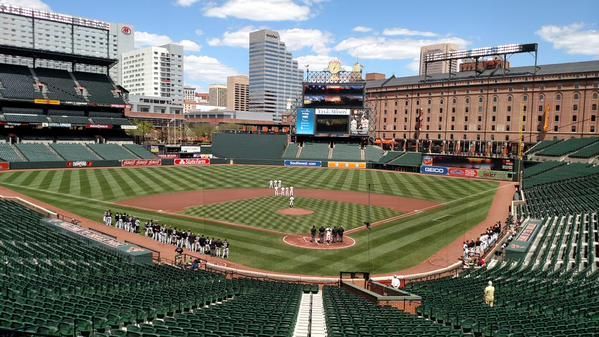 While there are no fans in the stands as the Baltimore Orioles play the Chicago White Sox, the media is still at Oriole Park at Camden Yards covering the eerily quiet game and sharing photos to social media. In the wake of Baltimore protests, some of them violent, Major League Baseball closed the game to the public and moved the Orioles’ weekend series against the Tampa Bay Rays to Florida. In the meantime, O’s fans are watching the game from nearby office windows, hotel balconies and on television.

The cheering you hear is the fans outside the stadium… Eerie in here. #Baltimore #Orioles #MLB #baseball