Judge: Teens charged with throwing rocks off overpass will be tried as adults 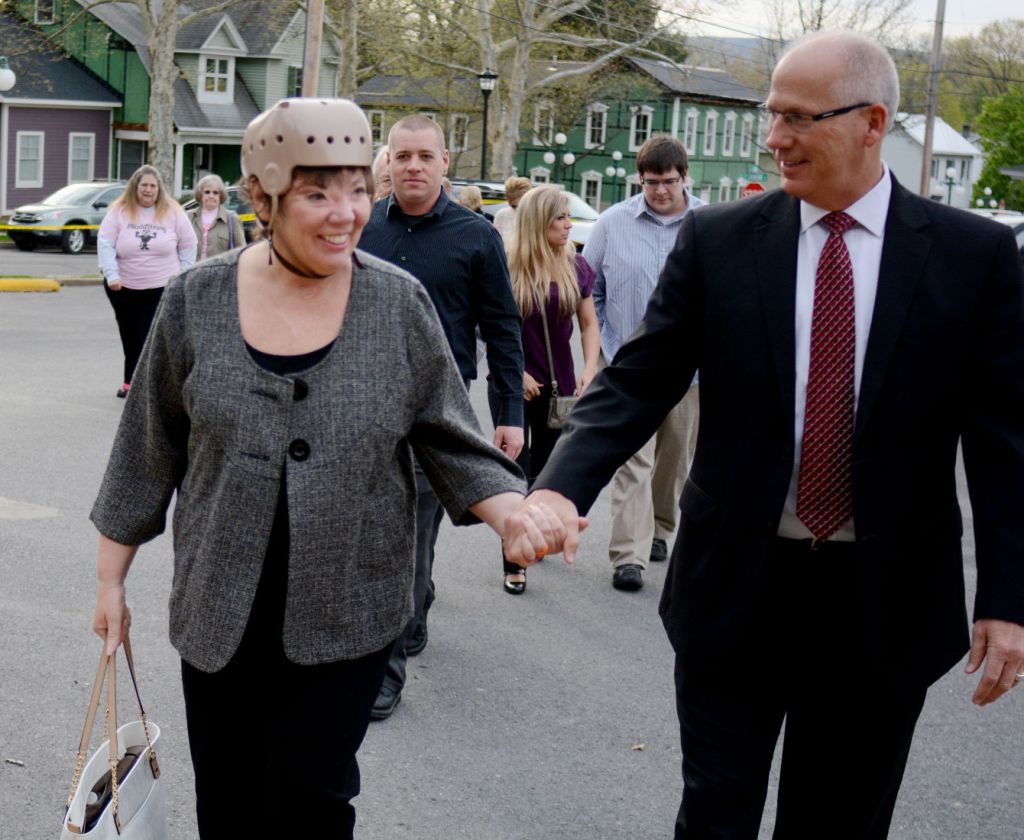 LEWISBURG, Pa.  – A Pennsylvania judge has ruled that three young men charged with throwing rocks from an Interstate 80 overpass and critically injuring a woman will face criminal charges as adults, rather than as juveniles.

All three suspects were 17 when police say they threw rocks from an Interstate 80 overpass, one of which crashed into the an eastbound vehicle, shattering its windshield and smashing into the face and head of Sharon Budd, who was traveling with her husband and daughter from Ohio to New York. Budd survived, but faced more than three months in the hospital, surgeries, facial reconstruction, and rehabilitation. She still wears a helmet to protect her head.

Dylan Lahr, 18, and Keefer McGee, 18 both of New Columbia, Pennsylvania along with Tyler Porter, 18 of Milton, Pennsylvania were in court today for a hearing before Union-Snyder County Judge Michael Sholley.

Among the nine charges against them is aggravated assault, which in Pennsylvania automatically finds a juvenile charged as an adult. It is then up to attorneys to argue that cases be moved to juvenile court.

A fourth defendant, Brett Lahr, was 18 at the time of the rock-throwing incident. He began serving jail time in early April. However, Sholley has not yet accepted Lahr’s plea of no contest to a conspiracy charge.

Details for the story were provided by The Sunbury, Pa. Daily Item.