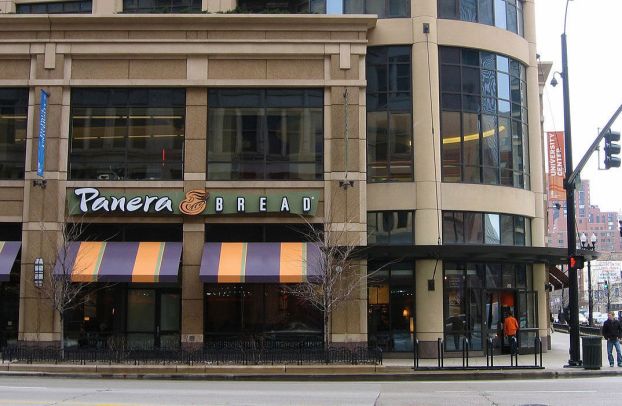 Your meal at Panera is about to get healthier – or is it?

The fast-casual food chain Panera announced Tuesday that it will remove a list of more than 150 artificial ingredients from its menus by the end of 2016. But don’t let that be your free pass to order just anything, according to healthy eating experts.

Coming on the heels of last week’s announcement from Chipotle’s Mexican Grill that it will stop serving genetically altered ingredients, the move makes Panera the first national restaurant company to publically share a comprehensive list of ingredients it will ban. Panera’s self-titled “No-No List” includes substances like high fructose corn syrup, artificial trans fats, artificial coloring, and many preservatives. More than 150 ingredients will be impacted.

“We consulted third-party scientists and experts to compile a list of common artificial additives that we are going to do without,” said Panera founder and CEO Ron Shaich. “We want to be an ally for wellness for the millions of guests we serve each week.”

Which is good news for customers – though they still have to be careful when they order, say some experts.

“This is a step in the right direction towards having consumers be more aware of what is actually in the foods they’re eating,” says Erin Palinski-Wade, a registered dietitian and author of newly released “Walking the Weight Off For Dummies.” “However, even natural options can be unhealthy if consumed in excess.”

In other words, don’t give yourself the go-ahead to indulge in whatever you want at Panera; as with any restaurant menu, paying attention to things like portion size, fat content, and calorie count is still crucial.

“Just because a menu item is natural, you should still be watching out for excess calories, sugar, saturated fat, and sodium,” says Palinksi-Wade. “And remember, this change at Panera does not include fountain drinks. Adding an extra large soda to even the healthiest menu option will result in a less-than-ideal health choice.”

What’s your opinion on Panera’s “No-No List” –- a great move for health-conscious customers, or a clever PR campaign to generate some healthy buzz for itself? Let us know in the comments below.

A Tulsa, Oklahoma woman has been arrested after police said she went to a funeral home and vandalized the corpse... read more