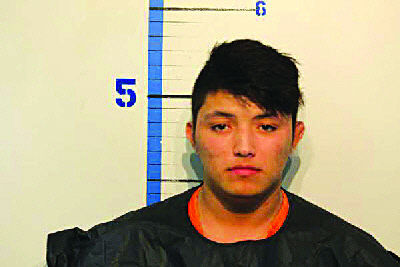 Police: Inmate in Texas escapes by jumping out of hospital window

An inmate at a Texas hospital escaped from his restraints, fought off a detention officer, jumped from a third-story window and remained on the loose for three hours Wednesday morning.

The Greenville Herald-Banner reports Jose Maria Pedraza-Cervantes had been transported to Lake Pointe Medical Center in Rowlett, about 20 miles northeast of Dallas, with an undisclosed medical issue. He was restrained with foot shackles when he escaped at about 5:15 a.m.

Welch said Pedraza-Cervantes left behind a trail of blood and apparently tried to get into a vehicle before heading for nearby Lake Ray Hubbard, where Welch said it’s believed he was looking for a boat to escape in.

Pedraza-Cervantes then crossed Interstate 30, where he was spotted by a deputy who tracked him to where he was hiding behind a concrete barrier. According to Welch, Pedraza-Cervantes was curled up and was apprehended without resisting. He was then taken back to the hospital after being checked by medics.

The Rockwall County Sheriff’s Office’s Criminal Investigation Division is investigating the incident, and more charges could be filed against Pedraza-Cervantes, Welch said.

The Greenville (Texas) Herald-Banner contributed to this story.