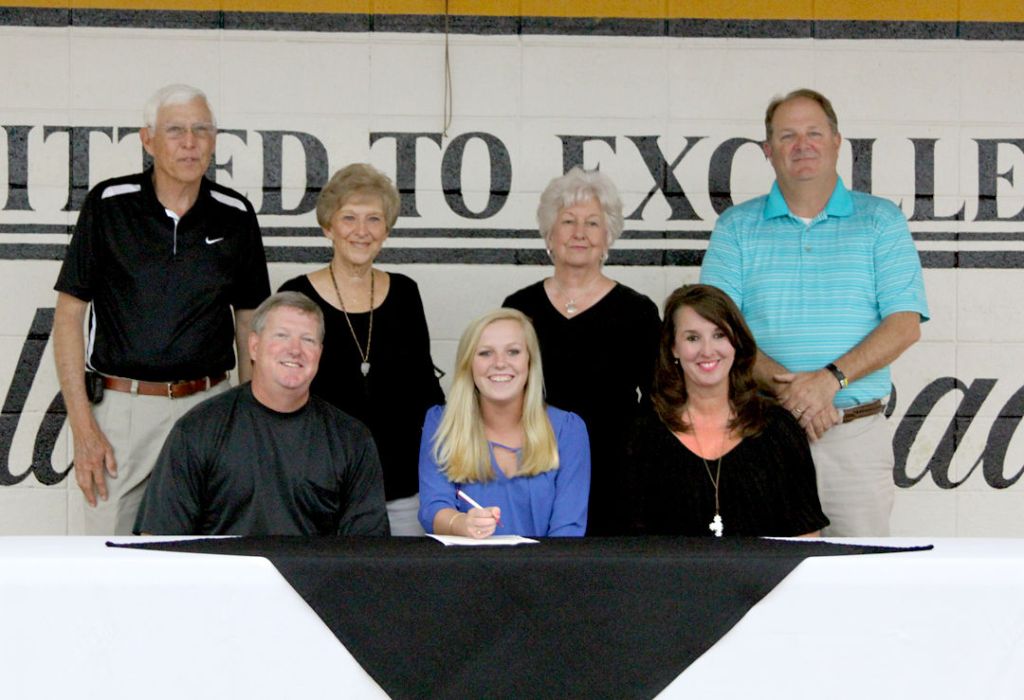 AMERICUS – Southland Academy held a signing ceremony on May 6 for local senior, Kendall Crew. Crew was recently awarded a scholarship to attend Georgia Southwestern State University (GSW) and play on the Lady Hurricanes tennis team, beginning in the fall of 2015.

Crew, an Americus native has been playing tennis since the age of nine, when her grandfather began to encourage her to play. Her brother played tennis as well and served as a role model to Crew as a young girl, furthering her interest in the sport.

Crew has been a member of the Lady Raiders tennis team for five years. She has also played softball for two years and basketball for four years for the Southland teams.

Crew told the Times-Recorder that she chose to attend GSW after being inspired by her brother, who also played tennis for the college. “Also, I’m kind of a home body, so I did not want to move too far away” she added.

Asked what she is looking forward to in her college experience, Crew said “I am really excited. I just want to be a part the tennis team and be active around the school. I want to remain involved in the community as well.”

Crew said that she has not yet decided what she would like to study in her college career.