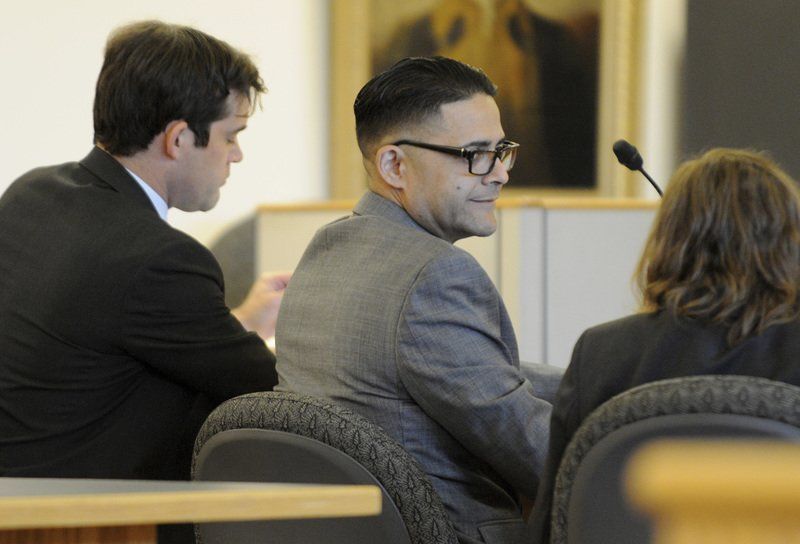 BRENTWOOD, N.H. — On May 15, 1994, a 12-year-old girl first disclosed to her family that she was being sexually abused by Carlos Gonzalez. Exactly 21 years later, she’s finally getting justice.

Gonzalez, a fired Lawrence, Mass. police officer, was convicted Thursday of sexually assaulting a girl under age 13 more than 20 years ago while he was living in Salem, N.H.

Following the jury verdict at Rockingham County Superior Court, Gonzalez, 51, was taken into custody and will be sentenced within 60 days. He now faces 20 to 40 years in state prison for his conviction on two counts of aggravated felonious sexual assault on a female under age 13.

The scope of the charges spanned from January 1993 until May 1994, prosecutors said.

But in 2013, after Gonzalez was charged with child rape in Florida, New Hampshire charges were filed against Gonzalez, a 25-year veteran of the Lawrence police force.

Gonzalez was later acquitted of the child rape charges in Florida. He was fired from the Lawrence Police Department while he was awaiting trial in Florida.

His trial here opened Tuesday and went to jurors for deliberation Wednesday afternoon. During the trial, the victim, in graphic detail, told jurors how Gonzalez repeatedly sexually assaulted her. The woman and her sister also recounted how Gonzalez criticized and punished her harshly.

Gonzalez, she said, made her kneel on rice and while a dinner plate was on the table, get on her hands and knees and crawl around the table saying “Oink, oink, oink. I’m a pig.”

Gonzalez also put a lock on the refrigerator, preventing the victim from getting food, according to testimony.

“I think she was very, very grateful her voice was finally heard … She waited 20 years for someone to listen to her,” said Rockingham County prosecutor Annaliese Wolf.