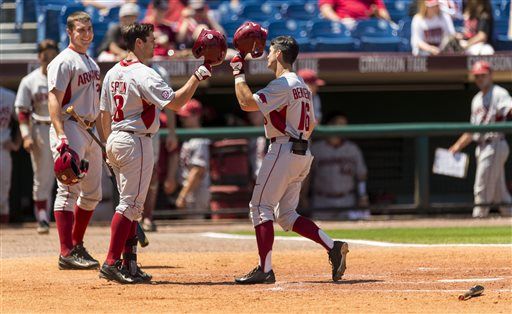 HOOVER, Ala. (AP) — Arkansas outfielder Andrew Benintendi is the Southeastern Conference’s player of the year and Vanderbilt’s Carson Fulmer is the league’s pitcher of the year.

The SEC announced its annual awards Monday. Other award winners included LSU’s Alex Lange as freshman of the year, LSU’s Paul Mainieri as coach of the year and Mississippi State’s Seth Heck as scholar-athlete of the year.