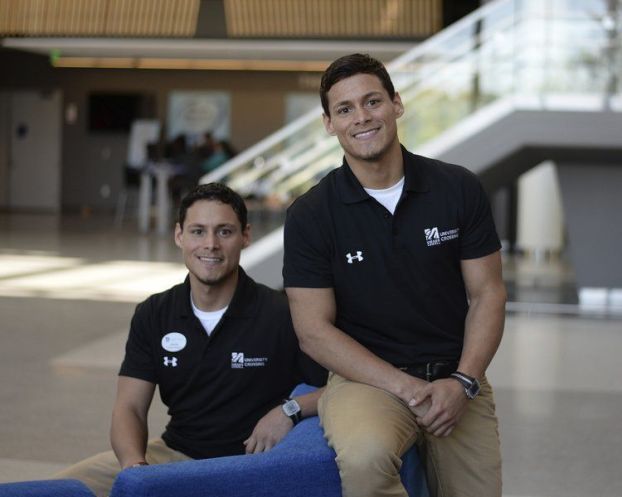 LOWELL, Mass. — Arnaldo and Hector Rivera, 28, have overcome illness, homelessness and the stress and sadness brought by on by both.

On Saturday, they added earning their Bachelor’s degrees — with honors — to their list of achievements. Hector was even honored with an award for community service.

“I am happy for my brother,” Arnaldo said. “In my mind, him being up there represents both of us and our hard work.”

The Riveras, of Methuen, balanced many of the same challenges as their peers attending colleges across America. They had to find a way to ease the financial burden of tuition, which turned out to be working on campus. They balanced demanding courses with part-time jobs.

But unlike other students, the brothers did it all while living with lupus, an autoimmune disease that has caused everything from minor symptoms like fatigue to severe symptoms like organ failure since the twins were children.

Arnaldo has been in remission for a long time, but Hector continued to struggle with kidney problems well into his senior year. Still, the twins didn’t let that stop them from spending their fall semester in Barcelona as interns, teaching English to students there.

“We had this plan and we (were) going to graduate together and nothing is going to stop us,” Arnaldo said.

It took a long time to develop that dedication, the brothers say. They enrolled at UMass Lowell following high school, but going in and out of the hospital prevented them from succeeding academically their first semester. After that, it was a “semester here and there,” Arnaldo says, at community colleges in the area.

“It was a really, really rocky road after high school. It was not very smooth for us,” Hector said.

Their attempts to return to school were interspersed with family drama that led the twins to live on the street in Lawrence for a short time. It was during that time, when the two were living “paycheck-to-paycheck,” that Arnaldo says something clicked in his head.

“It wasn’t the life we had envisioned. We wanted to improve our lives through education,” he said.

The pair enrolled at Northern Essex Community College for two years, receiving their Associate’s Degrees. On Saturday, roughly a decade since they finished high school, they both graduated from UMass Lowell with a degree in psychology.

Lauren DiTullio of The Eagle-Tribune reported this story.