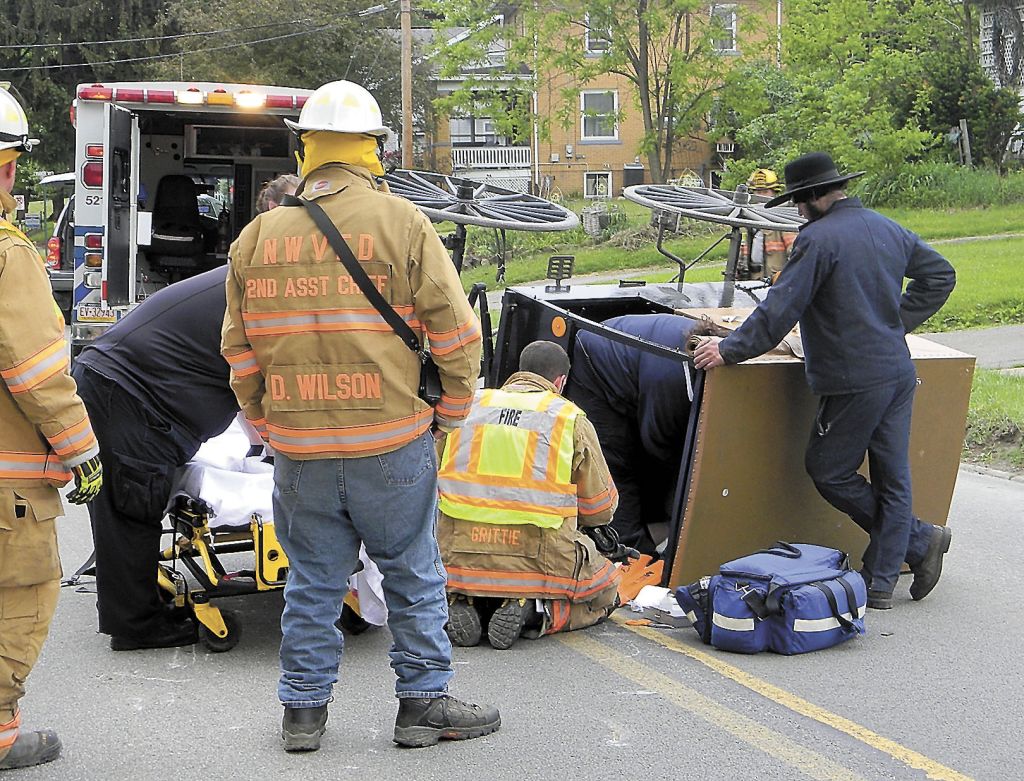 An Amish woman and her two children were taken to the hospital Wednesday morning after a car collided with their buggy in New Wilmington, Pennsylvania.

Piccirillo said the accident occured shortly before 7:15 a.m. when a car driven by Matthew J. Saines, 28, of New Wilmington pulled from a private drive and the left front of the car collided with the right front wheel of the eastbound buggy.

Their conditions of the Hostetlers were unavailable, but emergency responders had immobilized Katie Hostetler’s lower left leg before removing her from the overturned buggy in which she was a passenger. Mose had “a large knot on his forehead,” Piccirillo said and although Lydia appeared to be uninjured, she was transported with her mother and brother to be examined.

The driver of the buggy, 20-year-old Dena Byler of New Wilmington, was not injured.

The buggy ended up on its left side, but the horse was not injured. The animal was unhooked from the buggy while rescue workers freed Hostetler, but eventually, the buggy was set upright and driven away.