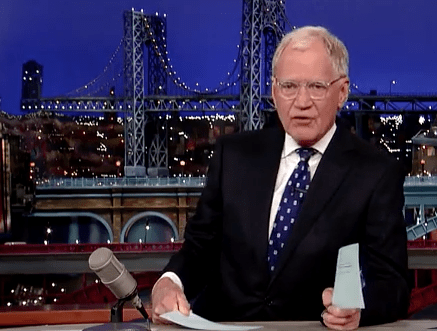 David Letterman finished his 33-year career in late-night television Wednesday with a star-studded farewell show that included four presidents and a Top Ten with one-liners from Steve Martin, Tina Fey and others:

His finale, the last of 6,028 broadcasts on CBS and NBC, drew the show’s highest ratings in 10 years, and it also touched off an outpouring of thank-yous and other reaction on Twitter. Here is a sampling:

I remember being 11 & staying up late to see who was playing on @Letterman each night. Discovered so many great artists that way #ThanksDave

Through my twitter you can tell how much I love to watch interviews, I’ve spent hours watching @Letterman #ThanksDave you’re the greatest

A lot of blood shot eyes and coffee being consumed this morning. #ThanksDave pic.twitter.com/WnhBBHcNKX

Thanks for the memories Dave. #ThanksDave Last show was terrific!! A great Legacy & huge shoes to fill. @BethMcBlain https://t.co/aaKqBDLekh

He was my first crush. I think I have excellent taste. Missing him already. #ThanksDave pic.twitter.com/sUfRKX9JgV

Tip of the hat to @Letterman … A living legend going out on top. Will never get sick of your humour & genius #ThanksDave #33Years

A good 80% of why I wanted to do any of this was to one day sit on Letterman’s couch.

That was a perfect final episode. #ThanksDave

Fortunate to be on @Letterman a few times. From the beaded seat cover to the bike basket. Enjoy the next chapter Dave pic.twitter.com/pv1itVzCOI