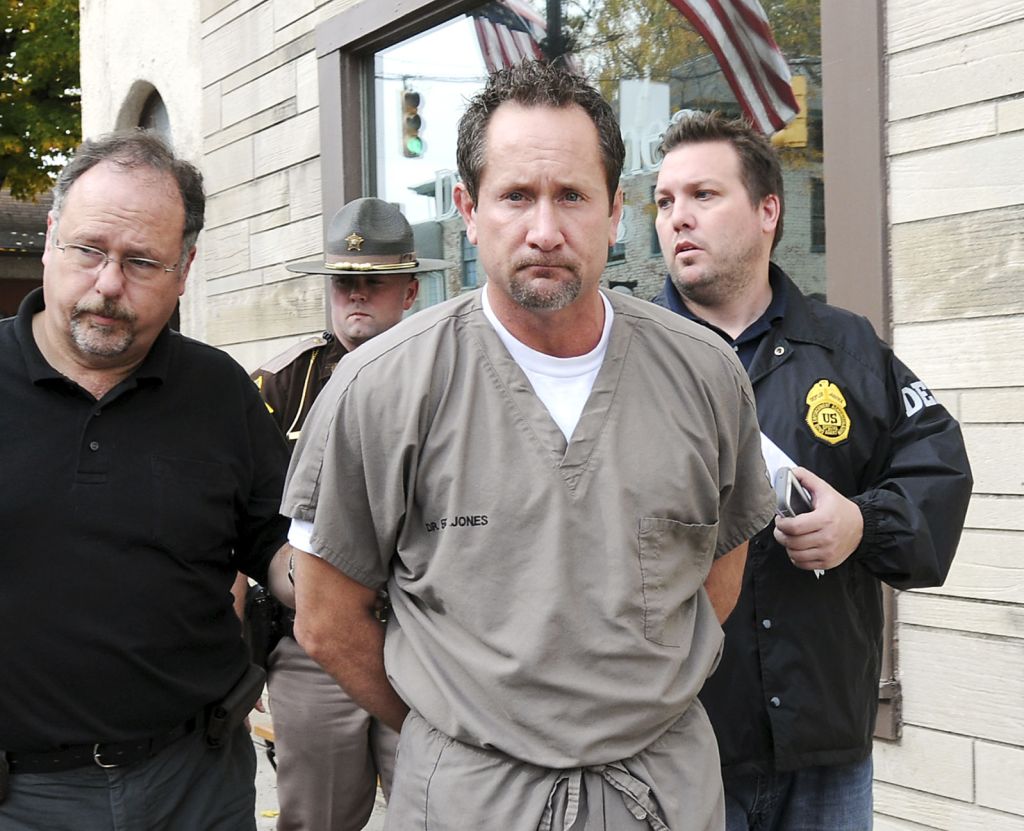 Dr. Eric Jones is led away from his office in Pendleton, Ind., after being arrested on several drug-related charges in 2014. Jones, 45, faces 31 felony counts for incidents that allegedly took place from 2011 to 2014 and include voyeurism, perjury, unlawful dispensation of a controlled substance and corrupt business influence.