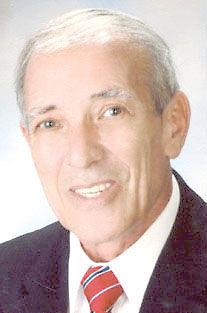 Pa. man won’t have to pay county to have his 306 confiscated guns returned to him

EBENSBURG, Pa. – A judge has ordered that the owner of 306 guns confiscated from his home in March does not have to pay the $1,200 cost of removing them from his home, nor does he have to come to the courthouse to pick them up.

As a result, the Cambria County man should expect return of his guns and ammunition within a few weeks, Sheriff Bob Kolar said Thursday. The order should bring to an end a controversy that started March 18 when a judge issued a temporary protection from abuse order to a woman who had been living with the gun owner and left when the relationship turned sour.

At the request of authorities, neither the gun owner’s name or his hometown have been identified due to concern that the firearm collection could be an attractive target for thieves.

An order Thursday by Cambria County Senior Judge F. Joseph Leahey granted a motion filed last month on behalf of the gun owner and ordered that any costs incurred by the sheriff be paid by the county. Additionally, Leahey ordered that the guns and ammunition be taken by Kolar’s department back to the man’s home.

In requesting the protection order in March, the woman said the man had what she believed to be as many as 350 guns in his possession, some of them potentially stolen. Another judge signed an order that all weapons and ammunition be removed from the man’s home.

Kolar said at the time that he and his deputies did what was required under the law when guns are mentioned in such orders – they confiscated them.

But because of the number of firearms involved – 306 rifles and shotguns, plus a large garbage can half full of ammunition, Kolar had to rent a vehicle to transport them. Also, due to the potential for the situation to turn volatile, he paid about a half dozen deputies overtime to confiscate the guns when the man was home from work.

On March 24, a judge held a hearing, heard both sides of the domestic battle and determined the protection order was unfounded and that a check had determined that none of the guns was stolen.

Kolar, following past procedure, said the gun owner would have to pay the cost of confiscation and pick up the guns himself. Kolar said Thursday he is prepared to follow the judge’s most recent order and make arrangements to return the guns to the owner.

A final unresolved step is to check the gun owner’s background with the state police Instant Check System to see if there is any prior criminal record that would make it illegal for the man to possess firearms.

“I have no problem with this. The judge says this,” Kolar said. “The judge said it, that’s it.”

This resolution, which involved an appeal filed by a Berks County attorney and advocate for gun ownership, likely will not change how Kolar handles future protection order cases.

Citing state and federal law and past practice, Kolar said when a protection from abuse order is issued and guns are involved, his deputies will continue to search the home involved and confiscate weapons.

Kathy Mellott writes for the Tribune-Democrat in Johnstown, Pa.