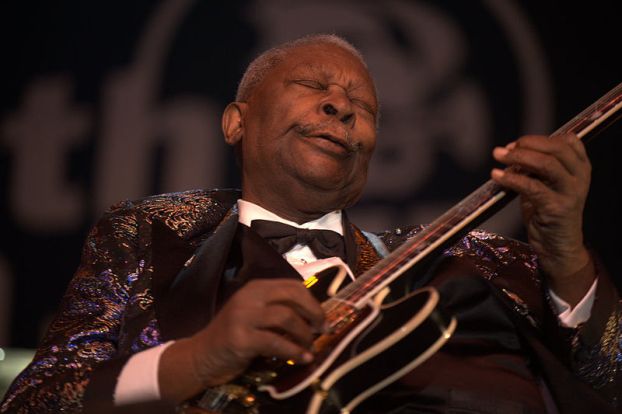 The recent death of blues legend B.B. King in Nevada will be investigated as a possible homicide following unsubstantiated accusations from two of B.B. King’s 11 surviving children that the singer was “poisoned.”

“At this point, we don’t have evidence that these allegations of foul play will be substantiated,” Clark County Coroner John Fudenberg said, as NBC reported. “However, we are taking them very seriously and will be conducting a thorough investigation. We are coordinating our investigative efforts with the Homicide Division of the Las Vegas Metropolitan Police Department. I expect the investigation will take a minimum of six to eight weeks.”

The Clark County coroner and Las Vegas police were not immediately available for comment. A police spokesman told NBC that an investigation will not be opened “until such time as the Clark County Coroner determines Mr. King’s death to be from other than natural causes.”

King, 89, died on May 14. Fudenberg cited complications from diabetes, an illness King had struggled with for years, as the cause of death at the time. The Associated Press reported that an autopsy was performed Sunday, but the results wouldn’t be available for up to eight weeks.

“I believe my father was poisoned and that he was administered foreign substances,” Patty King and Karen Williams said in identically worded sections of affidavits provided to The Washington Post by their lawyer, Larissa Drohobyczer. “… I also witnessed neglect of Mr. King’s medical care by administration of alleged medication to induce a diabetic shock, since his blood sugar would not be monitored for up to ten days at a time.”

The affidavits’ conclusion: “I believe my father was murdered.”

Toney was named in both affidavits.

“I was told by Ms. Toney, ‘that she had a power of attorney and was in charge of Mr. King,'” Patty King wrote. Both women claimed: “I witnessed foreign substances and/or medication that were administered locked and hidden by Ms. Toney, leading me to believe she was administering medications or poisons into Mr. King’s body. ”

Drohobyczer, who said she represents all of King’s children, said her clients are just looking for answers.

“The King daughters are not accusing Ms. Toney of killing their father,” Drohobyczer told The Post in a telephone interview. “They have those concerns and that’s why the investigation has been started.”

Drohobyczer cited allegations King was mistreated after he left the road last October among her clients’ concerns. She said the singer was not bathed and fed in his final days, when his family was allegedly prevented from seeing him, and that “his health was neglected by his power of attorney.”

“Mr. King died alone with no family,” she said. “… Any reasonable person would feel the same way. They want answers. They have reasonable suspicion there was foul play. ”

Toney has power-of-attorney over King’s estate. Even in the days before King’s death, three of his 11 surviving children went to court to take control of the dying bluesman’s affairs, including what they claimed to be $5 million in assets. In allegations that recalled the struggles of Casey Kasem and Mickey Rooney, they accused Toney of stealing King’s money, neglecting his health and preventing the family from seeing him.

“It’s all about money,” King’s attorney Brent Bryson said. “Mr. King is no longer out able to tour at this particular time so there’s no money coming in. The only way they can get money now is by filing a frivolous type of action.”

Concerning the affidavits, Bryson told AP: “I hope they have a factual basis that they can demonstrate for their defamatory and libelous allegations.”

“We lost the battle, but we haven’t lost the war,” Williams said after the family was denied power-of-attorney.