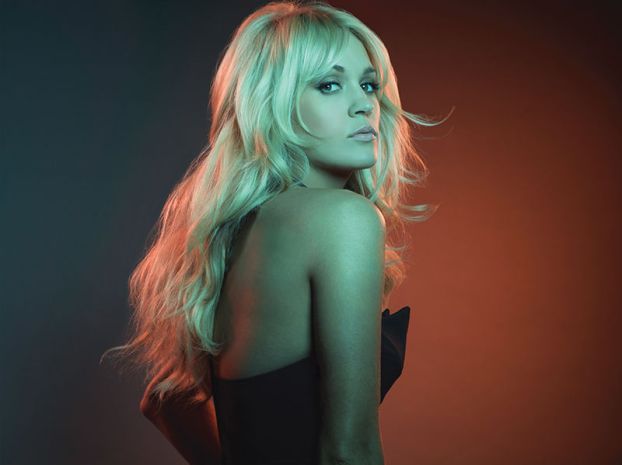 Radio consultant Keith Hill brands himself as “the world’s leading authority on music scheduling” and he has advice for country radio stations everywhere: Don’t play too many songs by female artists.

Seriously, he says — it’s bad for ratings and he has the data to back it up.

A bold statement? It might seem that way, especially as gender balance is a lightning-rod topic in the country music industry. At the moment, female singers have an extraordinarily tough time breaking through in Nashville, as radio and sales are regularly dominated by male artists, save for rare exceptions like Carrie Underwood and Miranda Lambert.

But Hill doesn’t see his declaration as controversial at all. To him, it’s a data-based fact: The optimal amount of female singers on a country station for “robust” ratings is 15 percent, he’s found in his research.

“If you want to make ratings in country radio, take females out,” he told industry publication Country Aircheck. The reasoning, Hill says: Women spend more time listening to country radio, and statistics show they enjoy hearing male artists more than women. “Trust me, I play great female records and we’ve got some right now; they’re just not the lettuce in our salad. The lettuce is Luke Bryan and Blake Shelton, Keith Urban and artists like that. The tomatoes of our salad are the females.”

Naturally, Hill’s comments set off a firestorm in Nashville, with reactions of disgust from singers including Lambert, Martina McBride, Jennifer Nettles and Terri Clark; publications called it #SaladGate; there was outrage on social media.

In the aftermath, Hill doubled down on his remarks, though he also said he was “misunderstood.” It’s not his job to care if there are an equal amount of male and female artists played, he argues. His job is to help radio stations get more listeners. And by advising them to play fewer songs by women, he says, that’s what will happen.

“I’m not advocating less females on the radio,” he said in a phone interview, adding: “All I have done is read a dashboard of metrics and read a suggestion to an internal part of the industry.” He said it’s like he’s a radio “doctor,” and this is his diagnosis: “If you play more than 15 percent female on (country) radio, your ratings will go down.”

“I’m the expert here. I’m the one who spent years programming radio, I’m the one who spent years studying music scheduling. And I’m also the one that has programmed radio stations. I know what works,” Hill continued. “Now, that may come off as arrogant. I share this information, and just because it doesn’t fall into the natural break of the gender that populates our country or the globe, seems like that’s an issue. To me, it’s not a gender issue at all. It’s a marketing issue.”

Hill says that when he goes into a country radio station to consult, one of the metrics he checks is how often they’re playing songs by women. If he notices that they’re playing 20 to 23 percent female songs, he adjusts the ratio and drops it to 15 percent. Without fail, he says, the station’s ratings increase.

“I have no acrimony toward women,” Hill said, adding he’s a fan of artists like Lambert, Underwood and McBride. “I’m not a social engineer. I’m not trying to get parity. Never was my goal.”

When asked about bringing new, diverse voices to country radio and its importance to the health of the industry — given that he’s in a potential position of power — Hill insisted that’s not his duty. He reiterated his responsibility as a consultant is to help radio stations get ratings.

“You’ve never programmed a radio station, have you? The best way to optimize is to make all the radio stations sound exactly the same,” he said. Indeed, that’s why acts like Florida Georgia Line and Luke Bryan and Blake Shelton (often categorized as “bro country”) get played so frequently, with their similar-sounding music.

“If women want to get played on the radio, produce better records,” he said. Given that radio play is the primary way to launch a career in the country music industry, he offers this: “They should look for hot, salted butter popcorn sonics for your ears; better crafted lyrics; and the production needs to be mainstream. If they did, (radio stations) would be playing them.”

Hill’s initial comments were very problematic to many in the industry, and he has received scathing responses. Grammy-nominated country artist Martina McBride said “the more these ideas and philosophies are allowed to perpetuate, the harder it is to keep them from becoming a self-fulfilling prophecy” in giving women a fair shot at success in Nashville.

“I was taken aback by the comments in the article,” McBride told the Tennessean. “I felt them to be sexist and condescending toward female artists.”

“I don’t claim to know anything about the research process at radio … the ‘science’ of it,” she added. “I just feel like common sense needs to fit in somewhere, and when I brought up the fact that country music female fans were being represented in this way, there seemed to be a huge response from those who did not feel properly represented by these comments.”

Still, Hill doesn’t understand why his comments were deemed “controversial,” given that he sees this as a fact. “When I say ‘the sun rises in east,’ that’s not controversial in any way,” he said.

Hill’s other takeaway from the experience, during which he spent hours arguing with angry people on Twitter? “There are a lot of uptight women” out there.

The Valdosta State University student protester wanted by police in connection with a gun found in his backpack, was arrested... read more