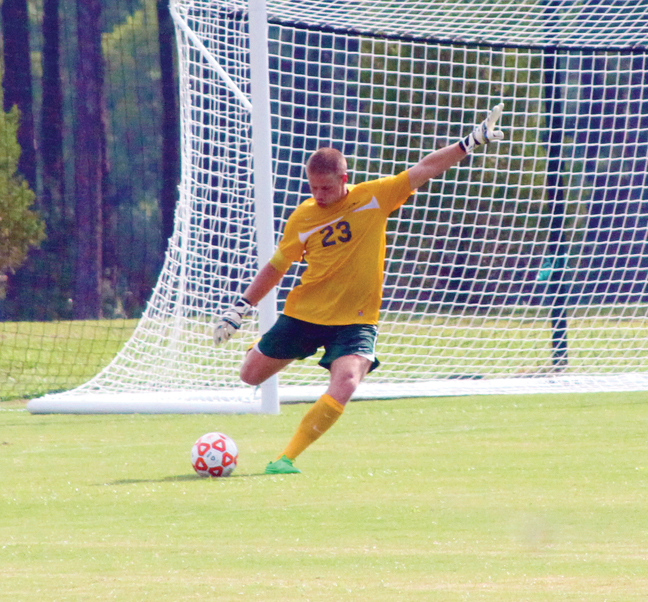 Blamire boots the ball back into the fray during the Hurricanes’ season opener against Point University on Sept. 3.

AMERICUS – Georgia Southwestern (GSW) men’s soccer senior Garrett Blamire has been named the Peach Belt Conference Goalkeeper of the Week.
Blamire preserved GSW’s 1-1 tie on Sept. 12 at UNC Pembroke in the conference opener for both teams as he faced a barrage of 19 shots in the match, eight of them on goal. He made seven saves including a save on a penalty kick in the 75th minute that forced the game into overtime and the eventual draw. He played all 110 minutes in the contest and allowed just the one score.
The Newnan native was sixth in the PBC in saves and save percentage and tied for fourth in the league in total goals allowed when the announcement was made.
Blamire becomes the fourth GSW soccer player to earn a PBC weekly honor and the first in school history to garner the goalkeeper’s award.
The Hurricanes return to conference play on Sept. 19 when they host Lander at 3:30 p.m.