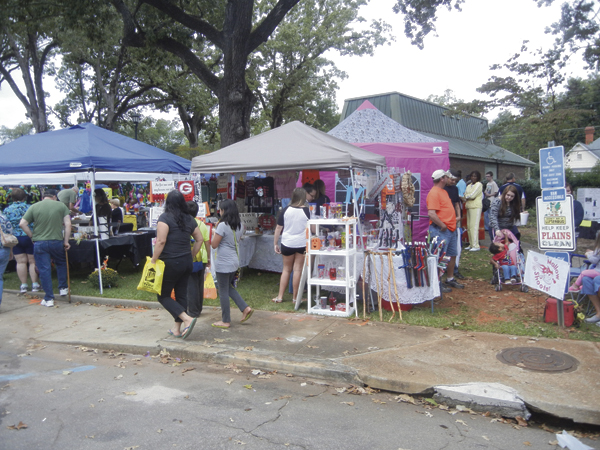 Arts and crafts are a popular component of the annual Plains Peanut Festival.

PLAINS —  The 2015 Plains Peanut Festival kicks off Saturday, Sept. 26 with a street dance, parade and lots of peanuts. The festival is held annually in Plains, home of President Jimmy Carter and First Lady Rosalynn Carter.
The parade will begin at 11 a.m., and Amy Carter will be honored as the Grand Marshal. She is the only daughter and youngest child of former U.S. President and his wife Rosalynn Carter. She was raised in Plains until her father was elected president. She entered the limelight as a child when she lived in the White House during the Carter presidency.
Planters Mr. Peanut and the NUT Mobile Peanut will be featured in the parade. Created in 1916, by a 12-year-old boy as part of a contest, Mr. Peanut has been an American icon for almost a century. Dressed in the formal clothing of an old-fashioned gentleman, complete with top hat, monocle, white gloves, spats, tights and a cane, Mr. Peanut first appeared in advertising in 1919. He is now one of the best-known icons in advertising history. He has been a part of American culture for the last 100 years, even supporting the troops during World War II. In 2005, Mr. Peanut was inducted into the Advertising Walk of Fame. He was given a makeover and a voice on TV for the first time in 2010.
The Peanut Institute, National Peanut Board, American Peanut Shellers Association, Planters, Jif, National Peanut Buying Points Association and Mars will display exhibits in the Planters Peanut Pavilion. The Georgia Peanut Commission will be on hand oil-roasting delicious Georgia peanuts in the pavilion.
Saturday events begin at 8 a.m. with a One-Mile Fun Run followed by a 5K road race.  Mr. Peanut will be cheering on the runners in the Fun Run. Additional festivities throughout the day include free entertainment, historical and educational displays, food vendors, as well as arts and crafts booths.
SAM Shortline will have train rides and JImmy and Rosalynn Carter will be signing books (five-book limit per person). The Luke Martin band will perform live on Main Street beginning at 8:30 p.m. on Saturday. Advance tickets are $10. No coolers are allowed.
Sponsors of this year’s peanut festival include Kraft Foods-Planters, Smuckers-Jif Peanut Butter, Georgia Peanut Commission, National Peanut Buying Points Association, National Peanut Board, American Blanching, The Peanut Institute, American Peanut Shellers Association, Mars, Georgia Federal-State Inspection and The Plains Better Hometown Program.
For more information and to view a schedule of activities, see pages 6A and 7A. 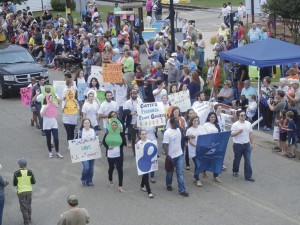 The parade features a variety of units. 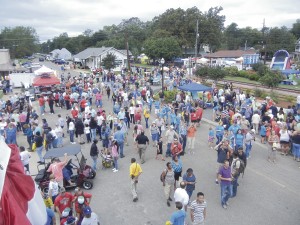 Hundreds of people return for the annual Plains Peanut Festival every year, from near and far. 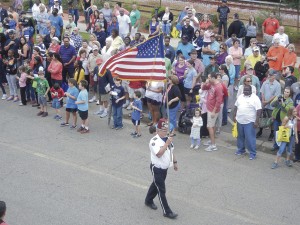 The American flag always has a place on honor in the parade. 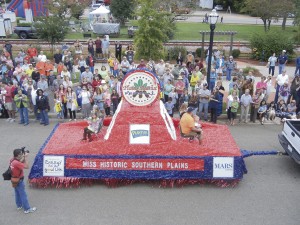 Miss Historic Southern Plains has a special place in the parade every year. 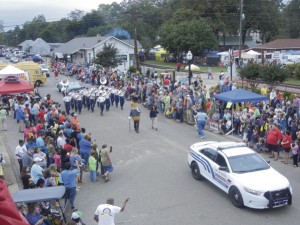 Mr. Peanut will be in the parade again this year and out and about greeting festival-goers all day.