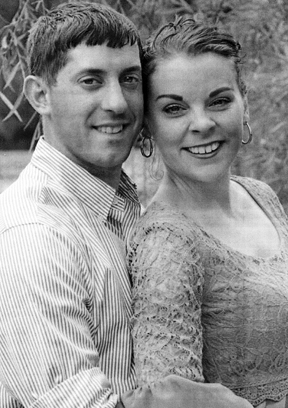 Shirley Rutherford and Kerry Rutherford of Port Charlotte, Fla., announce the engagement of their daughter, Junay Rutherford of Americus, to Charlie Bledsoe of Americus, son of Sammy Bledsoe and Sibyl Bledsoe of Americus.
The bride-elect is the granddaughter of Martin Larson of Americus. She is a 2003 graduate of Americus-Sumter County High School. She is employed at Phoebe Sumter Cardiology Associates in Americus.
The future groom is the grandson of the late Hugh and Janet Phillips of Americus and the late Buford and Minnie Bledsoe of Pineview. He is a 2005 graduate of Americus-Sumter County High School, and served in the U.S. Marines. He earned an associate’s degree in electronics from South Georgia Technical College, and is employed with Parker’s Heating and Air in Americus.
The wedding is planned for 5:30 p.m. Nov. 7, 2015, at Triple Creek Plantation in Ellaville.

Hollie Black of Americus, daughter of the late Elizabeth Scruggs and Melvin Scruggs of Fitzgerald, and Reginald Walters Sr., of... read more