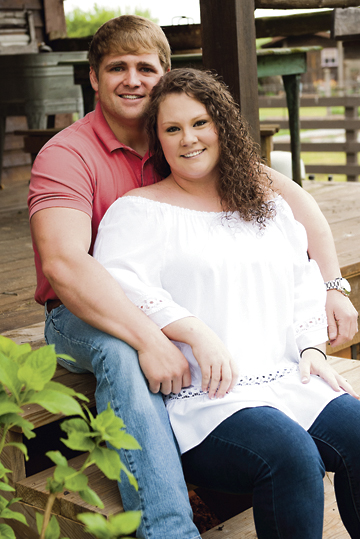 Mr. and Mrs. Bruce Barnett Smith Jr. of LaGrange and Kenya Campbell of Thomaston announce the engagement of their daughter, Olivia Kathleen Smith of LaGrange, to John Cameron Ellis of LaGrange, son of Sharon Jordan of Americus and Michael Wayne Ellis of Americus.
The bride-elect is the granddaughter of Mr. and Mrs. Bruce Barnett Smith Sr. of LaGrange, and Mr. and Mrs. Elmo Jackson of Thomaston.
She is a 2010 graduate of Upson-Lee High School in Thomaston, and a 2014 graduate of Georgia Southwestern State University, Americus. She was a Sigma Chi Little Sister and district coordinator for Sumter County Special Olympics in 2013-2014. She is a special education teacher at Upson-Lee Elementary School in Thomaston.
The future groom is the grandson of the late Mr. and Mrs. James (Katie) Ellis of Americus, and the late Mr. and Mrs. Ernest (Jackie) W. Jordan Jr. of Americus.
He is a 2006 graduate of Southland Academy, Americus, and a 2013 graduate of Georgia Southwestern State University with a bachelor of business administration in business. He is a member of Sigma Chi fraternity. He is safety manager at Mountville Mills Inc. in LaGrange.
The wedding is planned for 4 p.m. Nov. 21, 2015, at Victoria Bell Mansion, 602 E. Main St., Hogansville.