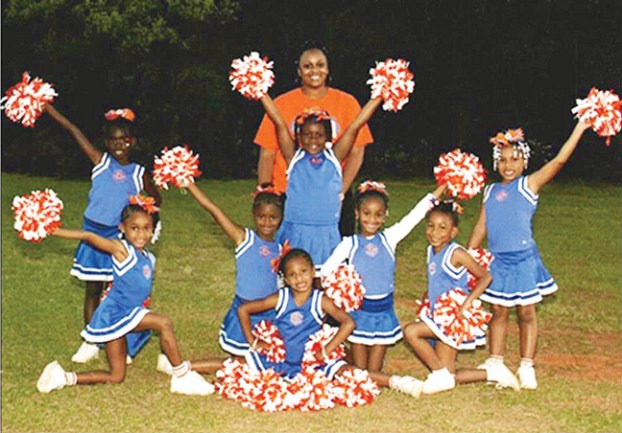 Submitted Photo: Members of the 5-6 year-old “Florida Gators” cheerleading team pose prior to the Nov. 14 tournament.

AMERICUS – The Sumter County Parks and Recreation Department hosted a cheerleading competition on Nov. 14 at the Sumter County Fairgrounds. Over 80 young cheerleaders between the ages of five and 18 participated in the competition.
Separated into teams bearing the names of popular college football programs, the aspiring tumblers gave it their all at the tournament as they attempted to cheer and jump their way to a first-place finish in their respective age groups.
The competition’s winner from the 5-6 year-old age group was the “Florida Gators” team, consisting of Tamea Hawkins, Jykayla Edwards, A’Nyla Reed, Nydia Burney, Zyon Sibert, Sarai Tookes, KyMyree Mathis, and Kylah Bridges. The team is coached by Jucole Graughn.
The 7-8 year-old winners were the “FSU Seminoles” team, consisting of Jordan Wilson, Brianna McGarrah, Dyona Dice, Madison Shelton, and Emmah Blaisdell-Ndaayezwi. The team is coached by Chantal Greene.
Top honors in the 9-12 year-old age group went to the “FSU Seminoles” team, consisting of Aliya Cox, Jasmine Dorsey, Breanna Ingram, Tyera Burns, Andricka Franklin, Khemirey Moore, Shamiya Banks, and MacKenzie Stiles. This team is coached by Kevia Pless & Valerie McCuller.
One cheerleader from each team was chosen by the coach to compete in their age group’s Jump Off for the title of “Best Jumper”. Tamea Hawkins win the title in the 5-6 year-old category, while Zakara Ross took the honors in the 7-8 year-old category. Shatoria Sumlin won the title of “Best Jumper”  in the 9-12 year-old category.
Cheerleaders from Fort Valley State University and Americus-Sumter Middle School entertained the crowd with performances during the competition.
The tournament was followed by a banquet and an awards ceremony. 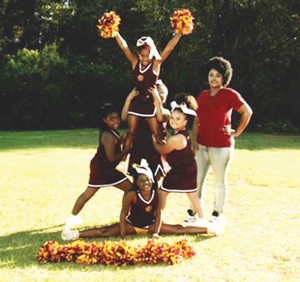 Submitted Photo:
Members of the 7-8 year-old “FSU Seminoles” cheerleading team pose prior to the Nov. 14 tournament. 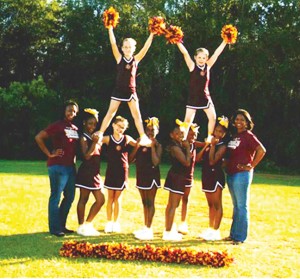 Submitted Photo:
Members of the 9-12 year-old “FSU Seminoles” cheerleading team pose prior to the Nov. 14 tournament.