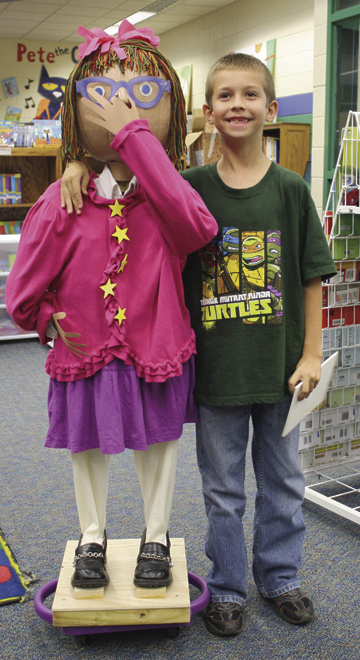 Shown with the Junie B. Jones' pumpkin is Zachery Almeida, a first-grader.

Sumter County Primary School’s media specialist, Lynde Parker, launched a contest called ‘The Pumpkins are Coming!’ Each class was asked to decorate a pumpkin like their favorite book character. The book character pumpkins were on display and the winning first- and second-grade classes will earned a pizza party. One first-grade class chose the book Junie B. Jones and the Stupid Smelly Bus.