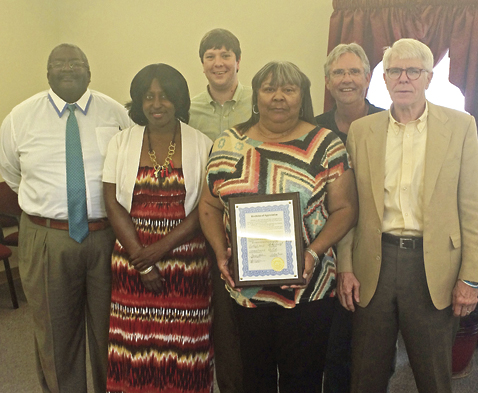 AMERICUS — During the Oct. 22 regular meeting of the Board of Commissioners of the Housing Authority of the City of Americus, Linda Dowdell-Pope received a Resolution of Appreciation.  Chairman Bobby L. Fuse Jr.,read the resolution that stated that Dowdell-Pope was appointed as a commissioner on Sept. 13, 2010, and that she served faithfully until her replacement was appointed on July 24, 2015.  Fuse also noted that Dowdell-Pope provided great leadership and support to the Housing Authority and our residents during her term as a commissioner.