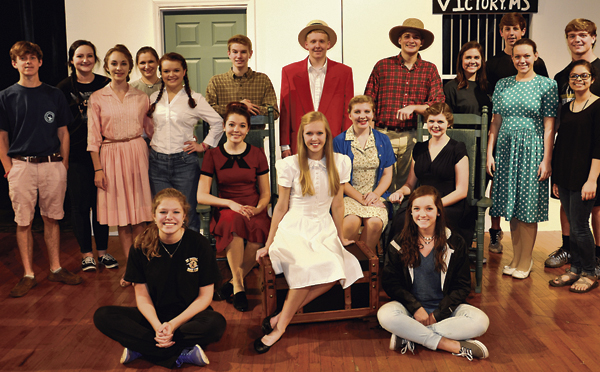 Shown are members of the cast and crew of the one-act play.