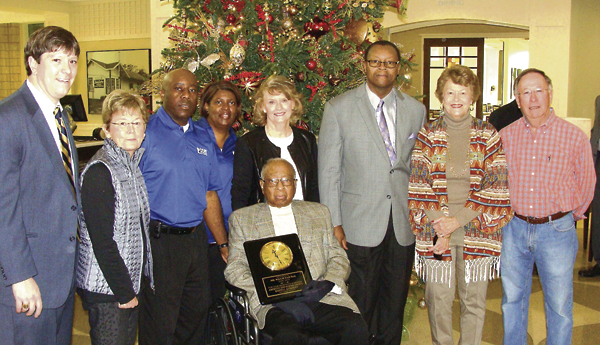 Phoebe Sumter debt free after four years
AMERICUS — The Americus & Sumter County Hospital Authority Board made an important announcement earlier this week, as well as honored a retired board member for his years of service.
Board Chair Ginger Starlin announced that Phoebe Sumter was debt free, four years to the day when a Ribbon Cutting Ceremony and Open House took place for the state of the art facility that was the replacement for the hospital that was destroyed by an EF3 tornado on March 1, 2007. The new Phoebe Sumter Medical Center would open its doors for business on Dec.16, 2011, and since that time the hospital and its staff has had a number of accomplishments, including being named the Most Beautiful Hospital in the United States earlier this year by Soliant Health.
In addition, former board member Willie Paschal was honored for his dedicated service. Paschal, who was an educator in the local school system for more than 39 years as both a principal and teacher, served on the Authority board for many years as well as the Americus-Sumter County Payroll Development Authority. Board members Robert Harvey, Brenda Jennings and Freda Gardner presented Paschal with a wall clock and other items from Phoebe Sumter. His wife of 53 years, Eloise Paschal, thanked everyone for their support for her husband.
PSMC CEO Brandi Lunneborg thanked the board for their support since she started more than a year ago, and she also thanked Paschal for his dedicated service. Other speakers included Americus Mayor Barry Blount and Sumter County Commissioner Clay Jones. 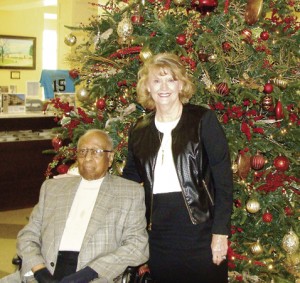