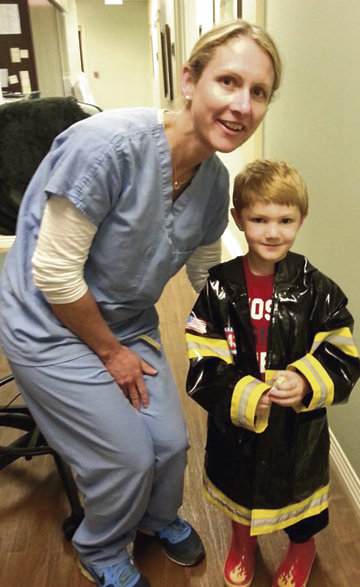 AMERICUS — Dec. 16, 2011, was not only a special day for the community as a whole with the opening of the permanent home for Phoebe Sumter Medical Center, but it was a special day in the Gilliam household as well.
That’s because at 6:44 p.m. on that same day, the Gilliams welcomed John-Michael Turner Gilliam into the world. John-Michael also happened to be the first baby born at the new facility.
He celebrated his fourth birthday the same day PSMC observed its fourth anniversary, and he stopped by the hospital to recognize the occasion.

John-Michael and his mother were presented a plaque commemorating his status as the first baby born in the Phoebe Sumter Medical Center.