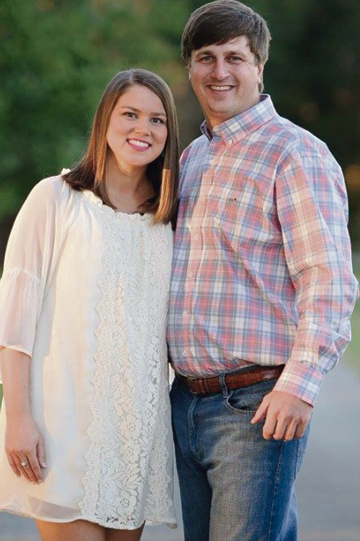 Mr. and Mrs. Clark Hortman III of Reynolds, and Mr. and Mrs. Jeffrey Stowe of Gainesville, announce the engagement of their daughter, Katie Stowe of Reynolds, to Zac Jennings of Americus, son of Mr. and Mrs. Clifford Sizemore of Buena Vista, and Bill Jennings of Americus.
The bride-elect is the granddaughter of Patricia Christian and the late Philip Christian III of Alpharetta, Mr. and Mrs. Ronald Stowe of Gainesville, Marilyn Hortman and the late Lewis Hortman Jr. of Reynolds ,and Mr. and Mrs. Albert Hudgins Jr. of Gainesville.
She is a 2008 graduate of Taylor County High School in Butler, and a 2013 graduate of Georgia Southwestern State University (GSW), Americus with a bachelor of science in early childhood education. She is currently pursuing a master’s degree in early childhood education at GSW. She is a pre-kindergarten teacher at L.K. Moss Elementary School in Buena Vista.
The future groom is the grandson of Burr Wise Jennings and the late Emogene Jennings of Americus, Anna Laura Chavers of Americus, and Barbara Sizemore and the late Bobby David Sizemore of Box Springs.
He is a 2005 graduate of Southland Academy in Americus, and a 2011 graduate of Georgia Southwestern State University, Americus with a bachelor of business management. He is a sales representative at Southeastern Pneumatic in Ellaville.
The wedding is planned for Jan. 23, 2016, in Fort Valley. Formal invitations have been mailed.