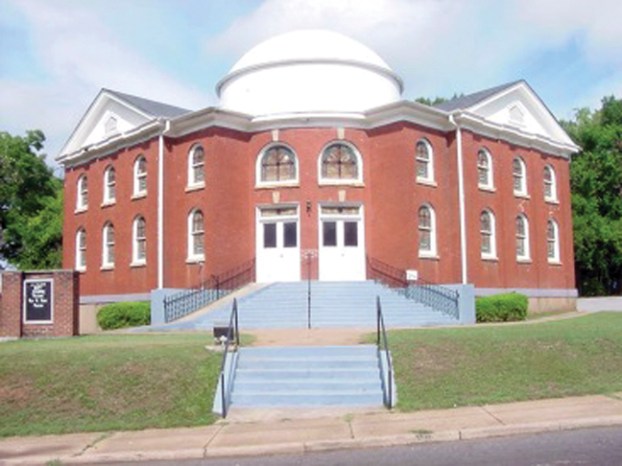 Bethesda Baptist Church as it has looked from September 1937 after the fire, until the present.

AMERICUS — Worshippers at Bethesda Missionary Baptist Church on Forrest Street in Americus are preparing for its 150th-anniversary celebration. Bethesda members are using the anniversary year to celebrate, reclaim identity, and learn new things as they go forward.
The first thing that comes to mind as they prepare to celebrate is the faithfulness of God; to give thanks to the Lord and make known His deeds among people.
“We are rejoicing in celebrating a milestone of 150 years of worship and ministry,” stated Shirley Latimore. Ed.D. “God has used many members in building His kingdom through this local church.”
Just one year after the Civil War ended, and the United States abolished slavery, a group of determined black Christian pioneers established the Bethesda Baptist Church in August 1866, in Americus, Georgia. During its amazing and momentous 150-year history, the church has experienced untold blessings from God and spiritually served many of His faithful disciples and communities. In fact, it is the first black Baptist church in Americus, and was the establishment for the creation of other black churches, including  Mount Olive, Big Bethel, Friendship, Union Tabernacle and Restoration. Its original structure exists within the confines of the current building at 225 Forrest St.
Bethesda’s heritage starts with the white First Baptist Church of Americus. First Baptist and Bethesda Baptist churches share a legacy from 1831 to 1866, on the corner of Church and Forrest streets.
Bethesda was built on the back of the First Baptist Church property on Forrest Street, where it stands today. The Rev. George Franklin Cooper, pastor of First Baptist, helped to organize the first black Baptist church in Americus — Bethesda. In 1917, Bethesda constructed the first black church in the area, built of bricks. Bethesda’s 18th pastor, the Rev. M. W. Reddick, D.D., helped organize and supervised the Americus Institute (1897-1932). The church was almost destroyed by fire on Sunday morning, Nov. 22, 1936. Bethesda was rebuilt and Homecoming was held in September 1937.
The 27th pastor, the Rev. Robert Lee Freeman Sr., D.D., served faithfully for almost 43 years until his retirement in 1988. He created more pages in Bethesda’s history than any other pastor and the longest serving of all the pastors. He was very active in the 1960s Sumter County Civil Rights Movement and other community organizations.
Bethesda’s 28th pastor, the Rev. Fer-Rell Malone, led the effort to rename a major thoroughfare, now Dr. Martin Luther King Boulevard, in honor of Dr. Martin Luther King Jr.. He also led the flood relief effort in the “Great Flood of ‘94” and hosted the 1996 GMBC Congress of Christian Education.
The Rev. DeRienzia Johnson, Bethesda’s present pastor, believes in growth and is determined through the help of God that the church will grow as an “excellent” church. Under his leadership the sanctuary was renovated and a front addition was attached to include a vestibule and restrooms.
This historic African-American Baptist church will be celebrating its 150th anniversary with an assortment of programs and activities that will culminate with two anniversary church services on Aug. 28, 2016.
The 150th Church Anniversary calendar of events is as follows.
• Jan. 9, 2016 — The 150th Church Anniversary Celebration begins with an Anniversary Kickoff Pep Rally at 11 a.m.
• Feb. 6 — African-American Legends and Legacies Dinner Celebration — 3 p.m.
• March 5 —  A Taste of Bethesda — 1 p.m.
• March 18 —  Movie Night — 6:30 p.m.
• April 9 —  Night of Performing Arts & Talents — 4 p.m.
• June 4 —  Bethesda Gospel on the Block Festival — 11 a.m.
• July 1-31 —  Ministry/Service Month
• Aug. 7 — History Dedication — 10 a.m.
• Aug. 14 — Charter Members Recognition — 10 a.m.
• Aug.  21 — Youth Sunday Celebration — 10 a.m.
• Aug. 2 —  Family Fun and Game Day — 6 p.m.
• Aug.  27—  Bethesda Anniversary Gala — 6 p.m.
• Aug. 28 —  Morning Worship Service — 10 a.m.
• Aug. 28 — Afternoon Worship Service — 2:30 p.m.
For more information about the events, contact Bethesda Missionary Baptist Church at 229-924-2382 or e-mail us at bethesdambc@att.net
— Submitted by Shirley Latimore 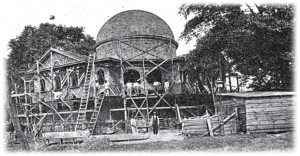 The church, under construction, in 1917. 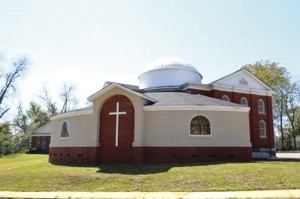 The new addition to the church.