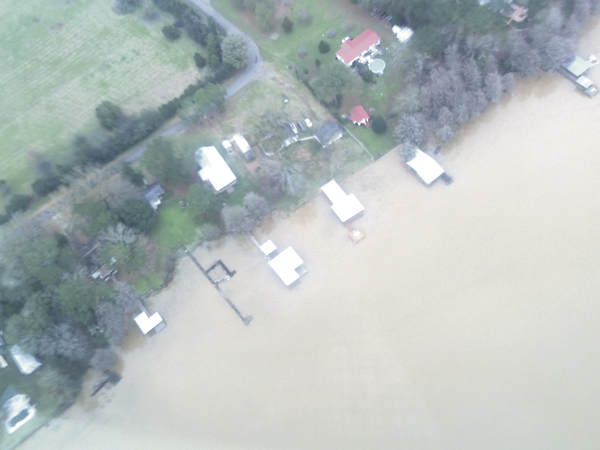 This aerial photo was taken Tuesday, Dec. 22 on the Sumter County side of Spring Creek.

AMERICUS — With this area of the state under a flash flood watch until Friday, rain continued to fall on Thursday and it was expected to rain all night. On top of the rain the area already received during the Christmas holiday weekend, conditions were ripe for local flooding as well as downed trees.
Nigel Poole, Sumter County Emergency Management Agency director, said Thursday that as of 7 a.m., Sumter County had received 6.99 inches of rain in the last 10 days.
“As of this morning (Thursday) I have received no reports from citizens about their homes being flooded. Sumter County is working closely with GEMA and the Crisp Power Commission (which is in charge of the dam on Lake Blackshear). The County’s Sheriff’s Office, along with Sumter County Fire and Rescue, are keeping an eye on the local area dams and ponds in Sumter County. We are currently in a monitoring phase of this event.”
According to news reports, people in North Georgia haven’t been as fortunate. At least five counties were declared in a state of emergency Thursday as homes were flooded and people evacuated.
Some rural areas along the Flint River in Dooly County were flooded earlier this week and water levels continue to rise on Lake Blackshear,  but the Crisp Power Commission said the Flint River’s crest was to move through the lake Wednesday afternoon. 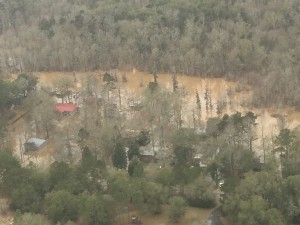 This was shot in the area of Pat’s Camp/Drayton on Tuesday, Dec. 22. 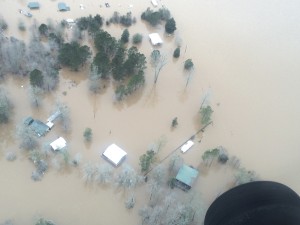 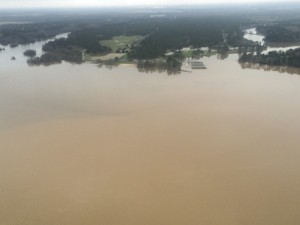 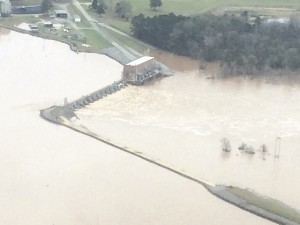