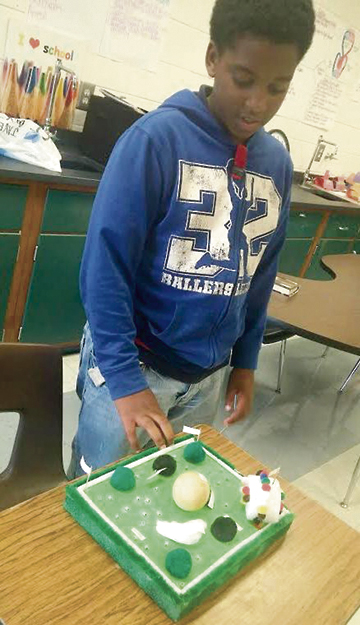 The students in Inez Wiggins’ seventh-grade science class at Sumter County Middle School have been working on cells. The students created a cell organelle booklet making real world connections by comparing the cell organelle to something that would be found in a city. The organelle booklet was then used to create a cell city which included the real life structure. For example, the nucleus is similar to the mayor of a city because  he/she is in charge of a city and the nucleus is the control center of the cell.