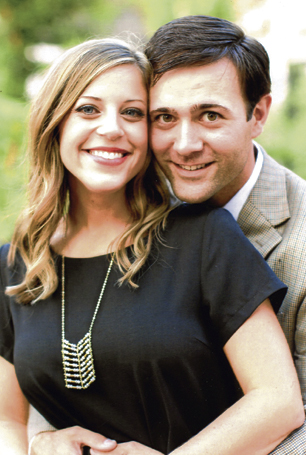 Mr. and Mrs. Evan Belford Guth III of Americus, Georgia, announce the engagement of their daughter, Allison Suzanne Guth of Charlotte, North Carolina, to Jason Michael Mobley of Charlotte, North Carolina, son of Mr. and Mrs. Robert Dwight Ingram of Dalton, Georgia, and Mr. and Mrs. James Luther Cebron Mobley Jr. of Cotton, Georgia.
The bride-elect is the granddaughter of Jocelyn Johnston Espy of Americus and the late James Samuel Espy, and the late Mr. and Mrs. Evan Belford Guth Jr. of Americus.
She is a 2006 honor graduate of Southland Academy, Americus, and a 2010 graduate of the University of Georgia, Athens, with a bachelor of science in health promotion. She received a bachelor of science in nursing in 2015, from Queens University of Charlotte in Charlotte.
She is a registered nurse at Novant Health Presbyterian Medical Center in Charlotte.
The future groom is the grandson of the late Mr. and Mrs. Elijah Jack Riggs, the late Edwin Vinson Doster, the late Mr. and Mrs. Bill General Ingram, Mr. and Mrs. Elmer G. Allen of Pelham, Georgia, and the late Luther Cebron Mobley.
He is a 2005 graduate of Dalton High School, and graduated in 2010 from Reinhardt University, Waleska, Georgia, with a bachelor of science in business management.
He is currently employed with Goodman-Gable-Gould Adjusters International in Charlotte.
The wedding is planned for 5:30 p.m. April 16, 2016, at First United Methodist Church of Americus, with reception to follow at The Lee Council House, Americus.