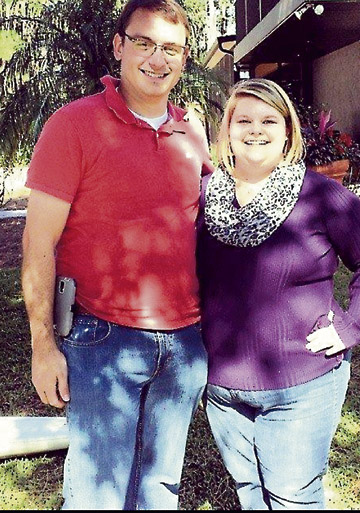 Mr. and Mrs. Bobby Hagler of Georgetown, and Mr. and Mrs. William Wayne Braswell Jr. of Eufaula, Alabama, announce the engagement of their daughter, Allison Kailan Hagler of Americus, to David Matthew Loper of Americus, son of Mr. and Mrs. Glenn Loper of Chattanooga, Tennessee, and Mr. and Mrs. Tom Woodall of Tucker.
The bride-elect is the granddaughter of Mr. and Mrs. William Wayne Braswell Sr. of Eufaula, Alabama, Debra Ward of Georgetown and the  late Eddie Cravey of McCray.
She is 2008 graduate of Eufaula High school in Eufaula, and graduated magnum cum lade from Georgia Southwestern State University (GSW), Americus in 2011, with a degree in human resource management, and is currently pursuing a master’s of business administration at the same institution.
She has served as president of Kappa Delta sorority, a member of Order of Omega honor society, and a member of Beta Gamma Sigma honor society. She is office manager at Turner’s Furniture in Leesburg.
The future groom is the grandson of the late Mr. and Mr. Venon “Vic” Ison of Covington,  Lettie Lou Bradshaw, Greenville, Florida, and the  late Jessie Lee Loper of Greenville.
He graduated in 2000, from Lyman Ward Military Academy In Camp Hill, Alabama, and is a 2005 graduate of GSW with a degree in computer information systems and received a master’s of business administration from GSW in 2009.
He is member of Pi Kappa Phi fraternity and Delta Mu Delta honor society.
He is employed as Information Technology coordinator at GSW.
The wedding is planned for 2 p.m. March 12, 2016, in Gatlinburg, Tennessee.