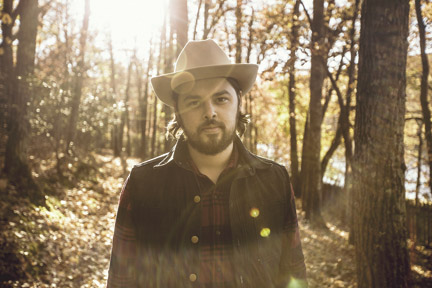 AMERICUS — Visitors to Café Campesino’s downtown location on the morning of Saturday, March 12 are in for a special treat.
Up-and-coming Country/Americana artist, Caleb Caudle, will be performing at the coffee shop Saturday morning as he passes through Americus in support of his newly-released album, “Carolina Ghost.” In his recent tour, Caudle has sold out a six-show run that includes venues in Washington, D.C., Baltimore, New York City, Raleigh, Charlotte, and his hometown of Winston-Salem.
The album, which has garnered critical acclaim in the United States, as well as internationally, was recently described by PASTE magazine as “a whole lot of evocative and impressionistic Southern lyricism, wrapped in an impeccable mix of vintage and contemporary country sounds … A true alternative to mainstream Nashville country minus the outlaw pose.”
In a recent piece on Caudle’s newest release, The Bitter Southerner stated, “The record has a polished glow, and watching players of this quality develop their parts from scratch is astonishing.”
Another statement from Glide Magazine says that, “Carolina Ghost is a dang near perfect album with tunes of love and sorrow coupled with southern imagery alongside Caudle’s warm acoustic guitar.”
In a press release from Americus-based record label, “This Is American Music,” Caudle is described as “Following in the boot steps of Gram Parsons, Merle Haggard, and George Strait.”
The release goes on to say that “Caudle makes pure country music rooted in the genre’s glory days, back when melody, mood, and message ruled the roost. It’s not contemporary country-pop, nor is it part of any underground outlaw scene. Instead, Caudle’s music finds the middle ground between the classic twang of late-Seventies/early-Eighties country and the raw, rootsy stomp of modern-day Americana.”
“This record is all about making life changes and coming home,” says Caudle.
Caudle co-produced “Carolina Ghost” alongside long-time collaborator, Jon Ashley, who has worked with several other widely successful artists, including the Avett Brothers, Dawes, and Band of Horses. “I kicked booze about a year and a half ago and moved back to North Carolina and fell in love. So it all feels like a new start, really,” he concluded.
Caudle’s performance at Café Campesino will begin at 10 a.m. on Saturday, March 12. Admission is free. CDs, LPs, and other merchandise will be available for purchase at the event.