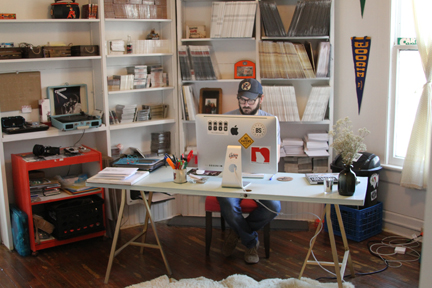 Michael Murray/Americus Times-Recorder: This Is American Music’s Corey Flegel works diligently from his home office in Americus, filling merchandise orders for the bands represented by the label. Flegel often ships merchandise all over the country from the local post office.