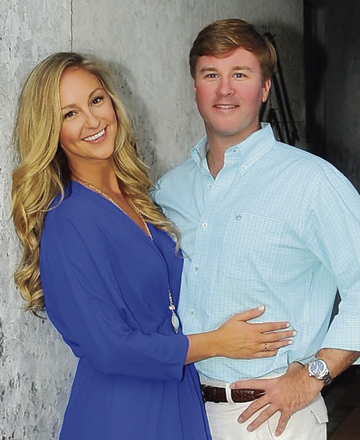 Mr. and Mrs. Ricky Duke of Americus announce the engagement of their daughter, Sara Frances Duke of Savannah, to Lester Aaron Claxton Jr. of Savannah, son of Mr. and Mrs. Lester Aaron Claxton of Savannah.
The bride-elect is the granddaughter of Lewis Duke of Americus and the late Bette Duke and Pat and Frances Crumpton.
She is a 2003 graduate of Southland Academy in Americus, and graduated from Georgia Southern University in 2008, with a bachelor in fashion merchandising. She received a bachelor in  radiological science from Armstrong Atlanta State University in Savannah in 2013. She is a member of Kappa Delta sorority, and is employed as a mammography technologist at St. Joseph Candler Hospital in Savannah.
The future groom is the grandson of the late Mr. and Mrs. Ernest Claxton and the late Mr. and Mrs. Dwight Whitaker of Savannah.
He is a 1998 graduate of Benedictine Military School in Savannah and graduated from The Citadel in Charleston, S.C., in 2002, with a bachelor of business administration. He is an Air Force major, C130 aircraft commander and a veteran. He is currently an Air Force pilot and owner of a real estate investment company.
The wedding is planned for 6:30 p.m. April 29, 2016, at Ocean Key Resort in Key West, Fla.