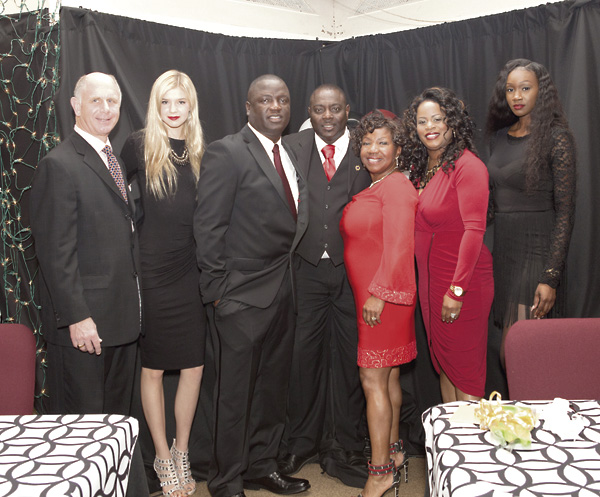 AMERICUS — Americus resident Marcus Johnson received a number of surprises as he celebrated his birthday this past weekend. While his birthday was March 13, his surprise celebration was held March 12 at the Clarence Jordan Center.
First, his family and friends surprised him with a party to celebrate his birthday and to show appreciation for all the things he does in the community. During the event, Americus Mayor Barry Blount presented Johnson with a key to the city.
In addition to his long tenure of service to the local hospital, Johnson was also honored for his mentoring of other businesses, serving on a number of local boards and his work on community events. 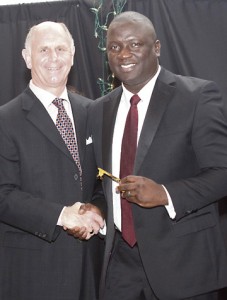 Americus Mayor Barry Blount, at left, presents the key to the City to Marcus Johnson.

“If there was a picture in the dictionary that accompanied Americus & Sumter County, it would be a picture of Marcus,” said the mayor.

Greg Kirk: Coming to a close