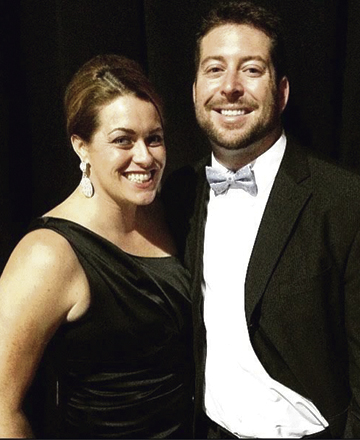 Mr. and Mrs. Richard Nettum of Americus announce the engagement of their son, Lee Everett, to Stephanie Artnak, daughter of Dr. Edward Joseph Artnak Jr. and the late Dr. Kathryn Artnak of San Angelo, Texas. She is the granddaughter of the late Col. Edward Joseph and Mary Ellen Artnak of Washington, D.C., and the late Eugene and Rosemary Corcoran of South Bend, Indiana. He is also the son of Ken Everett of Atlanta, and the grandson of David and Harriett Peak of Americus and the late Talmadge and Lola Everett of Vienna, Georgia.
The bride-elect received a bachelor’s degree from Saint Mary’s College in Notre Dame, Indiana, and a juris doctor from the Maurer School of Law at Indiana University in Bloomington, Indiana. She is currently employed as director, legal counsel for Weston Foods US, Inc. in Brownsburg, Indiana.
The groom-elect earned a bachelor’s degree from Georgia Southwestern State University in Americus, a master’s degree from Georgia Southern University in Statesboro, and a doctor of philosophy from Oklahoma State University in Stillwater, Oklahoma. He is currently an assistant professor of exercise science at the University of Indianapolis.
The wedding ceremony will take place in September at St. William Catholic Church on St. Simons Island, Georgia, followed by a reception at the King & Prince Resort.