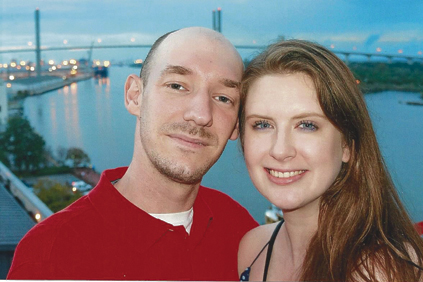 Mr. and Mrs. George (Nathalie) Craven of Acworth announce the engagement of their daughter Jessica Marie Craven to Christopher Michael Davis, son of Mr. and Mrs. Mike (Janice) Davis of Americus.
The bride-elect is the granddaughter of Aline Francis Craven and the late John Joseph Craven of New Orleans, La., and the late Mr. and Mrs. Harold Ruse Harper of New Orleans.
She is the 2007 valedictorian graduate of Frederick J. Furtah Preparatory School in Acworth, and graduated from Georgia Southern University in Statesboro with a bachelor’s degree in psychology in 2012.
The future groom is the grandson of Nadine Davis and the late C. Mathis Davis of Moultrie, and the late Mr. and Mrs. Homer Worth of Alma.
A graduate of Americus High School in 2002, he graduated from South Georgia Technical College in machine tool technology in 2005, and earned an associate degree in applied science from Georgia Southwestern State University in 2007. He currently works at JCB Inc. in Pooler.
The wedding is planned for May 21, 2016, in Savannah with the reception immediately following. Invitations will be mailed.

Mr. and Mrs. Richard Nettum of Americus announce the engagement of their son, Lee Everett, to Stephanie Artnak, daughter of... read more