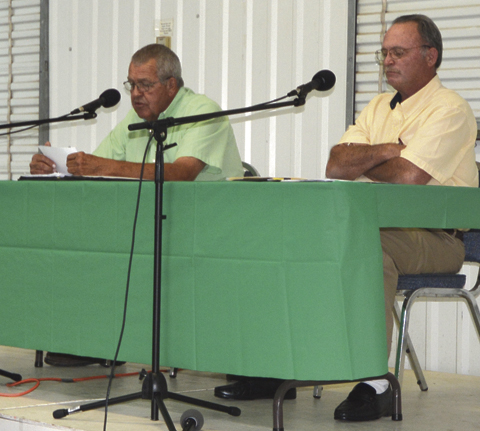 At left is former Webster County sheriff, Tony Kennedy, and at right, current Fire/EMS chief, Darrell Holbrook. They are both vying for the post of chairman of the Webster County Commission.