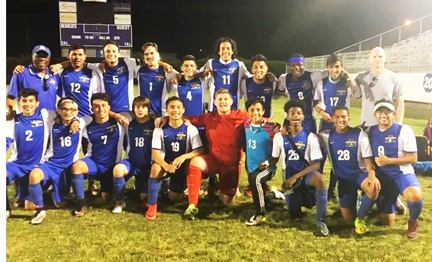 Submitted by Carlotta Fowler: The ASHS Panthers soccer team stops for a photo in Bainbridge after defeating the Bearcats to earn the right to advance to the first round of the state playoffs.