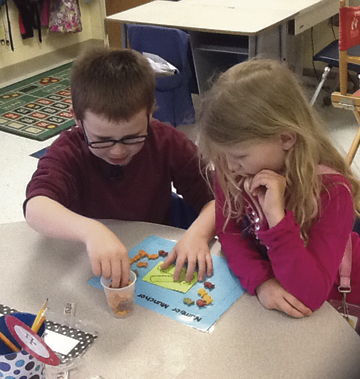 The students in Selma Mosley-Crawford’s first-grade class at Webster County Elementary School have been comparing numbers using less than, greater than and equal to signs. Bryson Cooper and Scarlett James use goldfish crackers to compare two numbers.  The students use a ‘number muncher’ (less than/greater than sign) to eat up the larger number of crackers. After practicing comparing numbers, students were able to munch on their goldfish crackers for doing a good job.