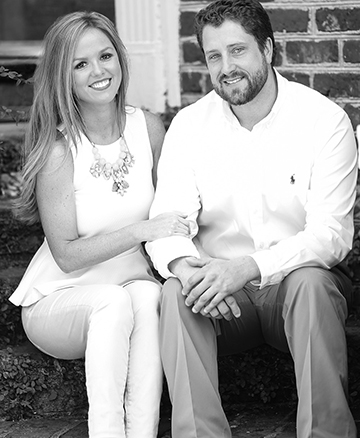 Mr. and Mrs. Jody Wayne Barfield of Americus announce the engagement of their daughter, Jessica Nichole Barfield, of Charleston, S.C., to Philip Carl Hubbard of Spartanburg, S.C., son of  Mr. and Mrs. Robert Joseph Hubbard Sr. of Augusta, Kansas.
The bride-elect is the granddaughter of Jerry Noland Barfield of Plains and the late Janice Crawley Barfield, Ernie Miriam Turner of Salem, Alabama, Bernice Elizabeth Adcox of Valley, Alabama, and the late James Phillip Adcox Sr.
She is a 2004 graduate of Southland Academy, Americus and graduated in 2008 from Georgia Southern University in Statesboro with a bachelor of science in biology. She received her master of nursing from the Medical College of Georgia, Augusta, in 2010. She is employed as a registered nurse at Charleston ENT Surgery Center, Charleston, S.C.
The future groom is the grandson of Mr. and Mrs. Edwin Little of Augusta, Kansas, the late Philip Brown and the late Mr. and Mrs. Robert Hubbard.
He is a 1999 graduate of Augusta High School, Augusta, Kansas, and received a bachelor of science in education from the University of Kansas. In 2010, he received a bachelor science in nursing from Metropolitan State University in Denver, Colorado, and a master of science in anesthesia from the Medical University of South Carolina. He is employed at Spartanburg Regional Medical Center, Spartanburg, S.C.
The wedding is planned for 4 p.m. Oct. 22 at St. Luke’s Chapel in Charleston, S.C.