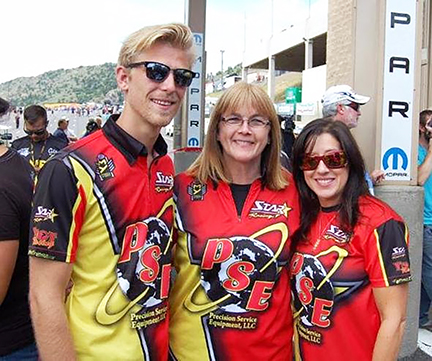 Submitted by Star Racing: Cory Reed, at left, and Sampey, at right, pose with a member of the Star Racing Crew.