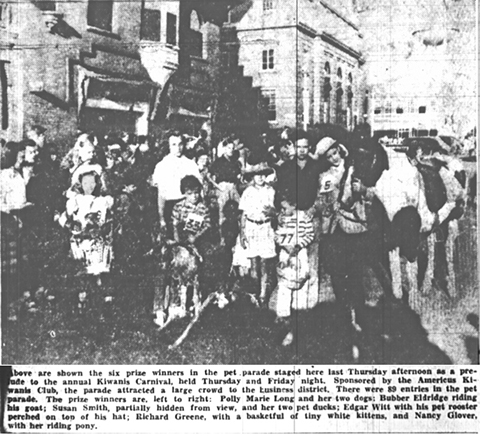 The Kiwanis Pet Parade has been an annual October Americus event since at least 1946, when the late Richard Greene (Troop 21 Eagle Scout no. 30) was in the 1946 Kiwanis Pet Parade. The photo is from the Americus Times Recorder. Greene is wearing number 77 in the front center of the photo. There are also dogs, kittens, a goat, ducks, a rooster and a pony shown as part of the parade. 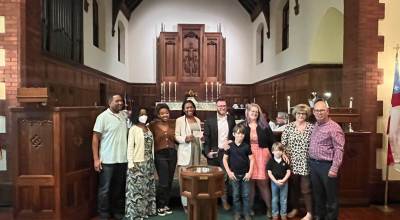