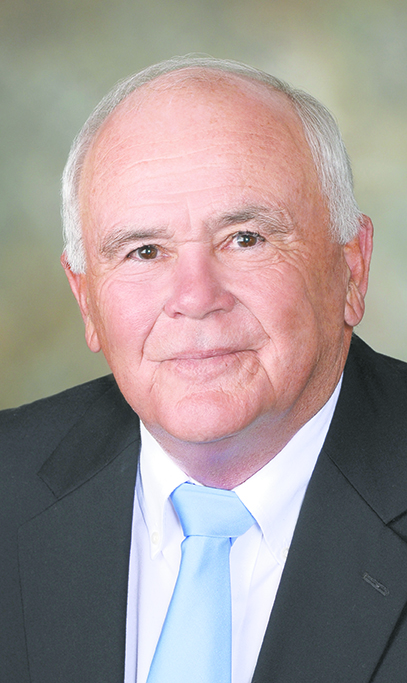 AMERICUS – Americus native, Bill McGowan, is currently involved in a race against incumbent, Mike Cheokas, for the District 138 seat in the Georgia House of Representatives. McGowan is running on the Democratic ticket in his effort to unseat the Republican candidate, Cheokas.
McGowan recently spoke with the Times-Recorder to discuss his candidacy, stating, “I will be a full-time representative in the Georgia General Assembly, not a part-time representative. With a political science background and service at the local level, I have the time and experience to serve our district well.”
On his qualifications for the position, McGowan told the Times-Recorder, “I have been elected by the people to two terms as mayor of Americus, elected and served as Sumter County Tax Commissioner. In addition, the voters elected me twice to serve on the Americus City Council.”
McGowan graduated from Americus High School and earned a bachelor of science degree in political science from Georgia Southwestern College.
“I believe my years of experience in government will enable me to serve the people well,” McGowan continued. “Our district, as well as other areas in the state, is facing the key challenges of educational improvement, economic development, health care reform, and public safety. I am committed to work hard on these challenges and others that we all face every day.”
In addition to his elected offices, McGowan has served on the Americus City School Board, the State of Georgia Regional Advisory Council, and the Board of Directors of the Middle Flint Regional Development Center. He has also served as chairman of the Sumter County Emergency Management Committee, president of the Eighth District Georgia Municipal Association, chairman of the State of Georgia Power Alley Authority, and ex-officio director of the Americus-Sumter County Chamber of Commerce.
He is married to Charlene McGowan, a retired school counselor with the last 10 years spent in the Schley County School System. The couple has three children, Babe, Harry, and Amy, as well as four grandchildren.
McGowan is currently retired after 26 years with the Southern Company and is a member of First Baptist Church of Americus and the Americus Kiwanis Club. McGowan is a Mason, a Shriner, a past commander of American Legion Post 2, and vice commander of the VFW.
McGowan is also a Vietnam veteran, having served a tour of duty in Vietnam as part of the U.S. Air Force Security Police.
The Times-Recorder asked McGowan his thoughts on the proposed Opportunity School District Amendment (Amendment 1) to be voted on on Nov. 8.
“I oppose the attempted state takeover known as the Opportunity School District (OSD) Amendment 1 that my opponent voted for,” he stated. “I believe that OSD is not good for Georgia’s students, teachers and parents. I am opposed to the takeover of our schools in this manner and I would refer to it as a hostile takeover. It is not just taking over the schools but setting the school boards aside and sending the local monies into the hands of an appointed superintendent in Atlanta. I trust our superintendents and local boards of education to do the job, not some superintendent in Atlanta. I’ve talked to superintendents, school boards members, teachers, retired teachers and parents and they are opposed to this and I stand firmly opposed to it.”
McGowan also discussed the proposed South Lee Street Bridge project in Americus.
“The South Lee Street Bridge is in the heart of a nationally recognized historic district, adjacent to one of our community’s oldest and most treasured religious structures,” he said. “Because of this, the boards of Sumter County and the State of Georgia as well as the National Historic Trusts have passed unanimous resolutions to oppose the destruction and the elevation of South Lee Street bridge.”
Asked if there was anything more that he would like to say to local voters before Nov. 8, McGowan answered, “These are the rules I believe in: To hold the trust of the people. To always work diligently on the assignments given to me by the people: To always be in meaningful communication with the people.
“By training and by attitude, I am prepared and ready to fulfill the duties of the House seat,” he concluded. “I humbly ask you for the real honor of your support in this race.”
The Times-Recorder had not received responses to inquiries from Cheokas as of press time.