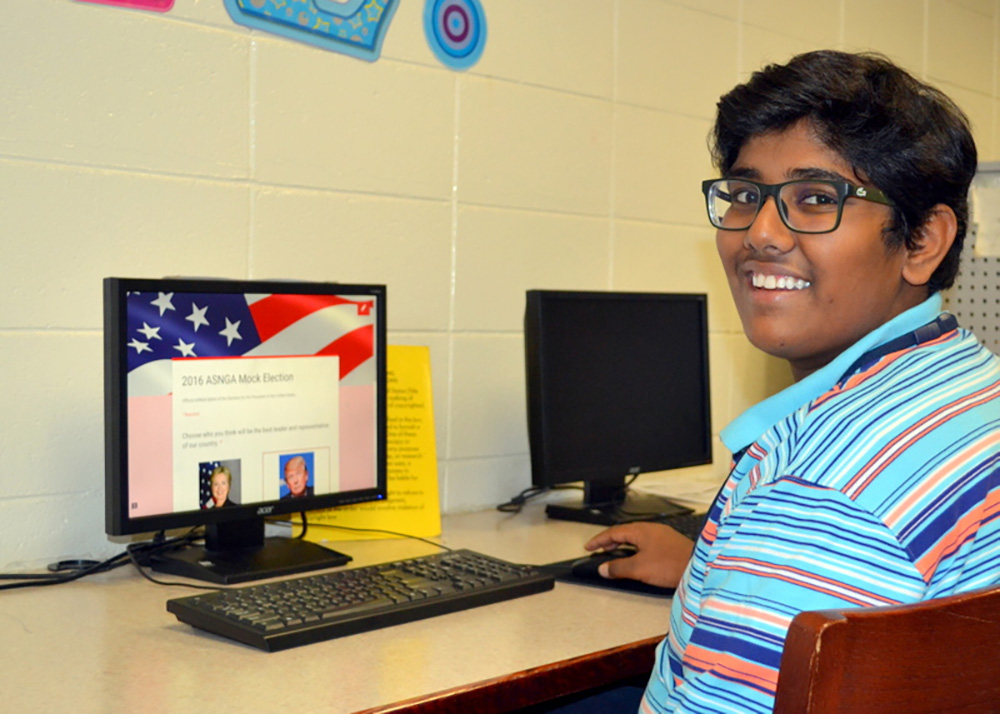 Joyabhishek Charles, a student at Americus-Sumter Ninth Grade Academy, realized it is important that students know that their one vote counts. That’s why he suggested to Principal Coleman Price that his high school hold a mock presidential election. When Charles was asked why he wanted to do this, he replied, ‘Students at this age may not have the right to vote yet, but they certainly have the right to an opinion.’ These students have learned information about each of the presidential candidates from their parents, peers, educators, and various forms of media. Using an online survey tool, Google Forms, Charles was able to create a voting ballot similar to the one that appears on the official State of Georgia ballot. This mock election was held on the same day as the national election, Nov. 8. Approximately 270 students participated in this election. The results were automatically tallied and the majority of the vote (73 percent) went to former U.S. Secretary of State Hillary Clinton. While the winner of the national election did not reflect the results of this mock election, students were able to get a feel of voting and definitely got to have their voices heard.